Aldo Manuzio and the Renaissance in Venice – exhibit

At the Accademia Galleries from March 19th to June 19th
Open: Monday from 8:15am to 2:00pm
Tuesday to Sunday from 8.15 am to 7.15 pm
Website: http://www.mostraaldomanuzio.it/exhibition 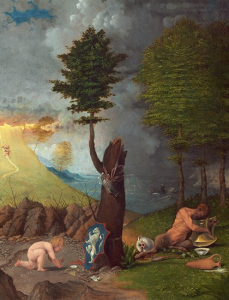 This exhibition is the main event for the quintecennial celebrations of Aldo Manuzio 1449 – 1515.
Aldo Manuzio was the foremost printer of its age and the main disseminator of Classic culture in Venice.
He was the greatest innovator in the ‘new’ business of publishing in Venice a city where in the first part of the 16th century about a half of all books produced in Europe were published.
We owe to Aldo the modern book as it is right now starting from the pocket-size to the italic typeface that was the transposition of hand writing into print. And somehow he also ‘invented’ the best seller, he sold the stuggering number of 100.000 copies of Petrarch’s works who became then a classic of italian literature.

Although his greatest cultural endeavor was to achieve accurate editions of Greek and Latin Classics for the first time with the help of learned scholars.  In order to get first-hand editorial oversight that could help him to publish the ‘definite’ version of a Greek author, he founded his own academy of Greek studies called Neo Academy or Aldine Academy. The most known of its members was Erasmus who came to Venice to oversee the edition of his ‘Adagia’ a collection of Greek and Latin proverbs.

The most compelling effect of Aldo’s activity was the large diffusion of books and reading he contributed to. They were sold at a cheaper prize than before, they fit in a pocket and could be carried and read virtually everywhere, they were easily readable as they were printed in the new Italic typeface and they were accurately redacted. Aldo’s Project was to make available the works of the great Classic authors from Ancient Greece and Rome but also of the new ‘vulgar’ literature or the forerunner of present Italian language in a brand new way. The editions he curated and printed were reliable after an accurate philological research and binded in an elegant format, a must have book for the contemporaries. 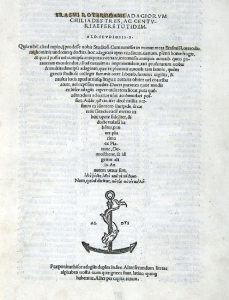 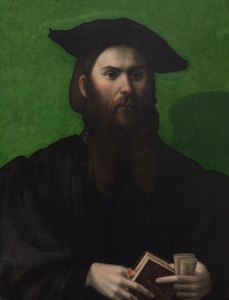 Thanks to Aldo’s activity then, we had the appearence of what we call now a reading public or just the public for the first time, a community of people who share common cultural patterns of choice and preferences. The common ground of this public between the end of the 15th century and the beginning of the 16th century was reading Aldo’s books moslty focused on Ancient Classical authors. For all these reasons Aldo Manuzio is considered a driving force of Venetian Renaissance.

People start to get acquainted with Classic works more than ever and consequently arists reflected this new taste in their works.  The primary effect in painting was the end of an art mostly devoted to religious subjects while  mithology starts to became dominant in visual arts. Venetian artists also looked closely to landscape seen now as a rendering of an Arcadic nature or the background for heroes and other beings to interpret visually their written actions. The public loved to look at this new kind of paintings trying to figure out the book or episode they were referred to. The three greatest Venetian painters of the early 16th century Giorgione, Titian and Lotto will be involved in this new artistic trend. The exhibit presents a quintessential painting of its age ‘The Tempest’ by Giorgione. But not just that, private portraits show now the person portraied holding a book in his hands to communicate he / she is part of the a new community of people, the readers of Manuzio’s books. And also that they share a common range of cultural interests.

By exposing books, paintings, etchings, sculpture, small bronzes and many more items the aim of the exhibition is to explain to visitors how a new cultural pattern called Renaissance became dominant in Venice through the books of Aldo Manuzio. Although the main attraction of this exhibit are the books in themselves. One section is dedicated to the most famous book Aldo had ever published the ‘Hypnerotomachia Poliphili’ or ‘Poliphilo’s strife of love in a dream’, the visitor will be able to ‘enter’ the book looking to all its pages and drawings hanging on two side walls. 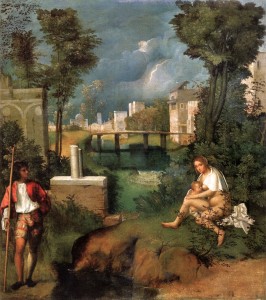 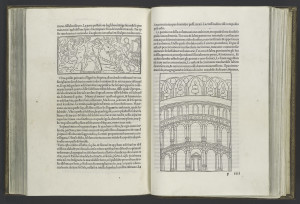