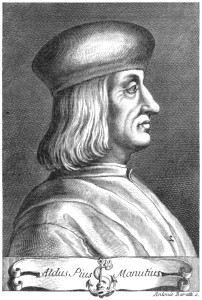 Aldo Manuzio (1449 – 1515) was a man who shaped its time like a Steve Jobs or Sergei Brin of the present. He was one of the foremost intellectuals and humanists of his time but above all he was one of the Renaissance’s early entrepreneurial innovators with the new printing media in the 15th century and beyond. It was Aldo who created the figure of the literary editor. Before him there were already expert & innovative printers but the vast majority of key works from antiquity remained unpublished. Manuzio developed a network of international collaborators and established a new level of expertise and professionalism in printing over the 20 years that his Aldine Press Office (est. 1494) was in operation. Aldo Manuzio was the first printer to publish pocket-size volumes achieving this by using standardized typefaces, he produced the first Italic type along with other variations in typefaces and typographical characters. This brought to reducing the price of books and making them more accessible to a larger reading public. A wily businessman, he negotiated a favourable contract with the city authorities that gave him a near monopoly as a publisher of Greek and other Classic texts. 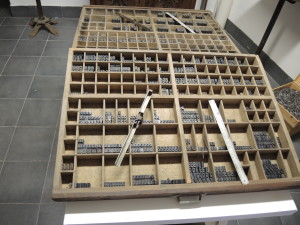 Aldo also set standards in his approach to philology and literary criticism. Taking advantage of Greek and Hebrew scholars residing in Venice and their connections elsewhere, Aldo developed a network of highly educated and expert contributors across Europe. As a result he gained access to a large selection of manuscripts mainly come from Constantinople before and after its fall. But not just that as he also obtained from those scholars a first-hand editorial oversight. By comparing and examining different versions of the same text, Aldo will get to an unprecedented editorial rigour through which he provided the reading public with a definite version of a literary work and the authors’ unbiased ideas. Aldo Manuzio in Venice. The Turkish conquest of Constantinople in 1453 triggered a diaspora of Greek scholars many of whom settled at the Medici Court in Florence. This led to the foundation of the local Platonic Academy. Manuzio sought out and worked with many of these Greek intellectuals. Although the leadership of Florence begun to wane with the fall of the Medici family in 1494. Under Savonarola’s rule Florentines witnessed the destruction of a large number of classical Greek and Latin texts burnt in the Bonfire of Vanities in 1497. When Aldo arrived in Venice, the town was at the peak of its commercial and cultural expansion. During the first 50 years of the 15th century, the publishing industry in Venice produced a half of all the books in Italy, Venice becoming Europe’s leading publishing hub. The most famous Greek scholar to leave the Byzantine capital after its fall in 1453 was Cardinal Bessarion who bequeathed to Venice the largest extant collection of Greek and Latin manuscripts. His donation become the basis of the Marciana Library in St. Mark’s square which enabled Venice to be the centre in Italy of Classical Studies during the 16th century and beyond. Aldo Manuzio succeeded then in his goal of re-establishing Ancient Greek culture as a beacon for Higher education in his age and the Greek language as its driving force. He published mainly in Greek and Latin but also in the new vulgar Latin (Vulgate) which made Dante’s and Petrarch’s works best sellers contributing then to their international reputation and the diffusion of the future Italian language. 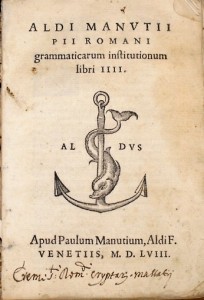 In 1502 Manuzio founded the New Academy or Academy of Hellenists. Preeminent European scholars such as Erasmus of Rotterdam and Pietro Bembo of Venice were among its members. They spoke in Greek during meetings and took Hellenised versions of their names. Linguistic peccadilloes were punished with small fines that went towards banquets. The Academy was all part of Manuzio’s efforts to popularise Greek Classic texts throughout Europe. One hundred and thirty editions in Greek, Latin and Italian were published during his 20 years in Venice. The most celebrated of Manuzio’s works was an experimental book entitled ‘Hypnerotomachia Poliphili’ or ‘Poliphilo’s Strife of Love in a Dream’ ‘published in 1499. This is written in a bizarre Latinate Italian full of words derived from Greek and Latin including also some Arab and Hebrew words thrown in for good measure, not to mention wholly invented new words and hieroglyphs. The book was illustrated with 168 woodcuts which show the scenery, architectural settings and some of the characters encountered by Poliphilo during his fantastic journey. Carl Jung praised it saying that its dreamlike illustrations prefigured his theory of archetypes. The images influenced the 19th century British illustrators Aubrey Beardsley, Walter Crane and Robert Anning Bell. 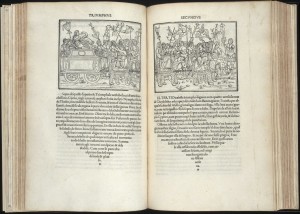 Manuzio’s intellectual ambition can be witnessed by the fact that between 1501 and 1504 he was preparing a trilingual Bible to be published with Hebrew/ Latin/ Greek beside each other on each page. Only a single page remains (Genesis 1.1 – which is now in Paris. In 1505 Erasmus visited Venice and was the guest of Manuzio’s father-in-law, the editor Torresani. Erasmus wanted to further his knowledge of classical and holy texts. The idea of a multilingual Bible in three languages which would be more widely available Bible was mooted as a commercial opportunity. One must remember this is before Luther & his 1517 Ninety-Five Theses which led to the Lutheran Bible and the Reformation. Soon after Manuzio’s death (1515), the publisher Daniel Bomberg published his own Bible in Venice. Originally from Antwerp, Bomberg worked for many years in Venice printing books in Hebrew including the first rabbinic Bible with the Hebrew text accompanied by rabbinical commentaries in 1516-1517. Bomberg published around 230 editions. This explosion in learning would be suffocated by the Counter Reformation with his list of forbidden texts. 130 editions were published by Manuzio in collaboration with Andrea Torresano of which the Biblioteca Marciana in Venezia has 107. On their website there are illustrations from 10 Aldine publications, rendered in chronological order. We recommend: HYPNEROTOMACHIA POLIPHILI – 1499 LE COSE VOLGARI, by Francesco Petrarca – 1501 LE TERZE RIME, by Dante Alighieri – 1502 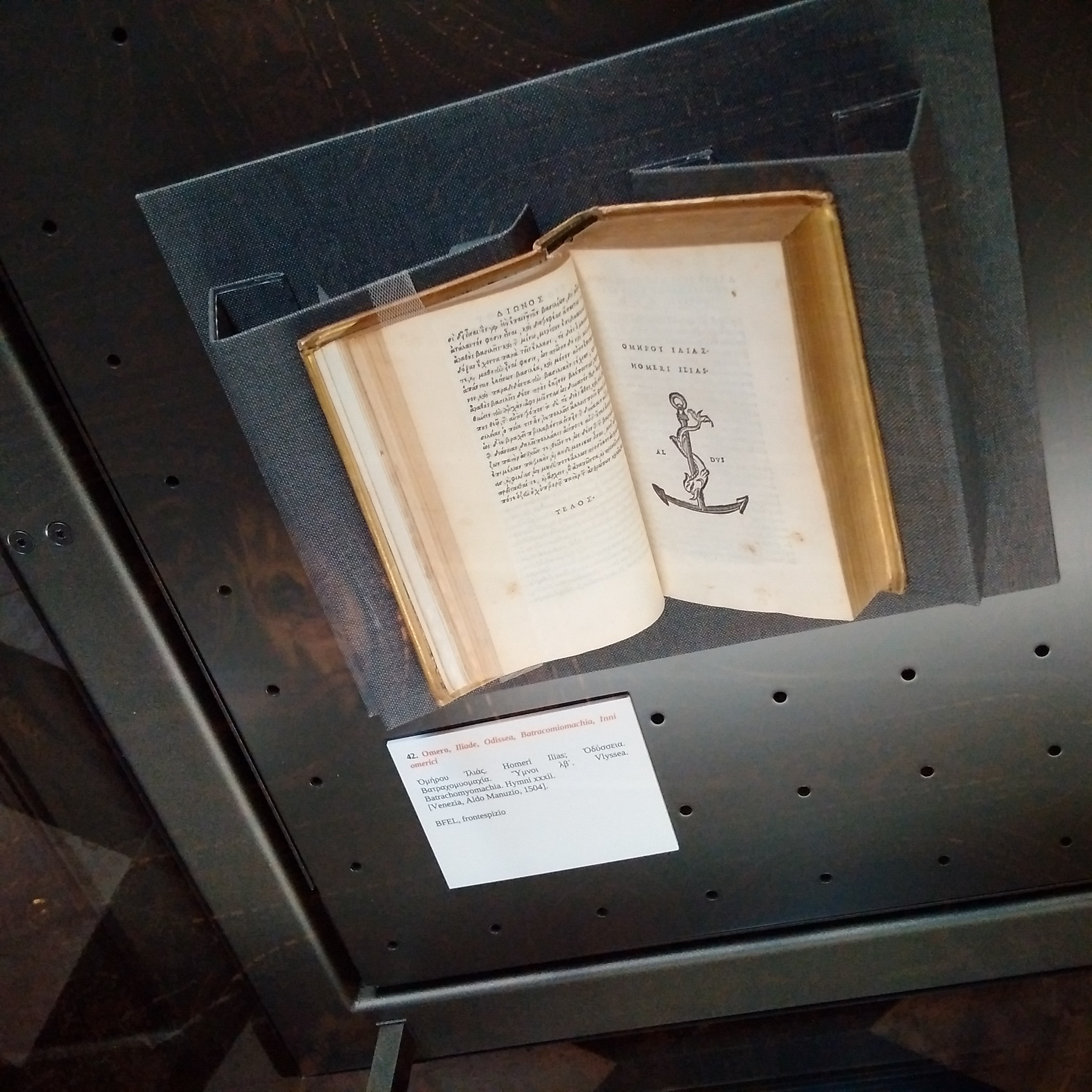 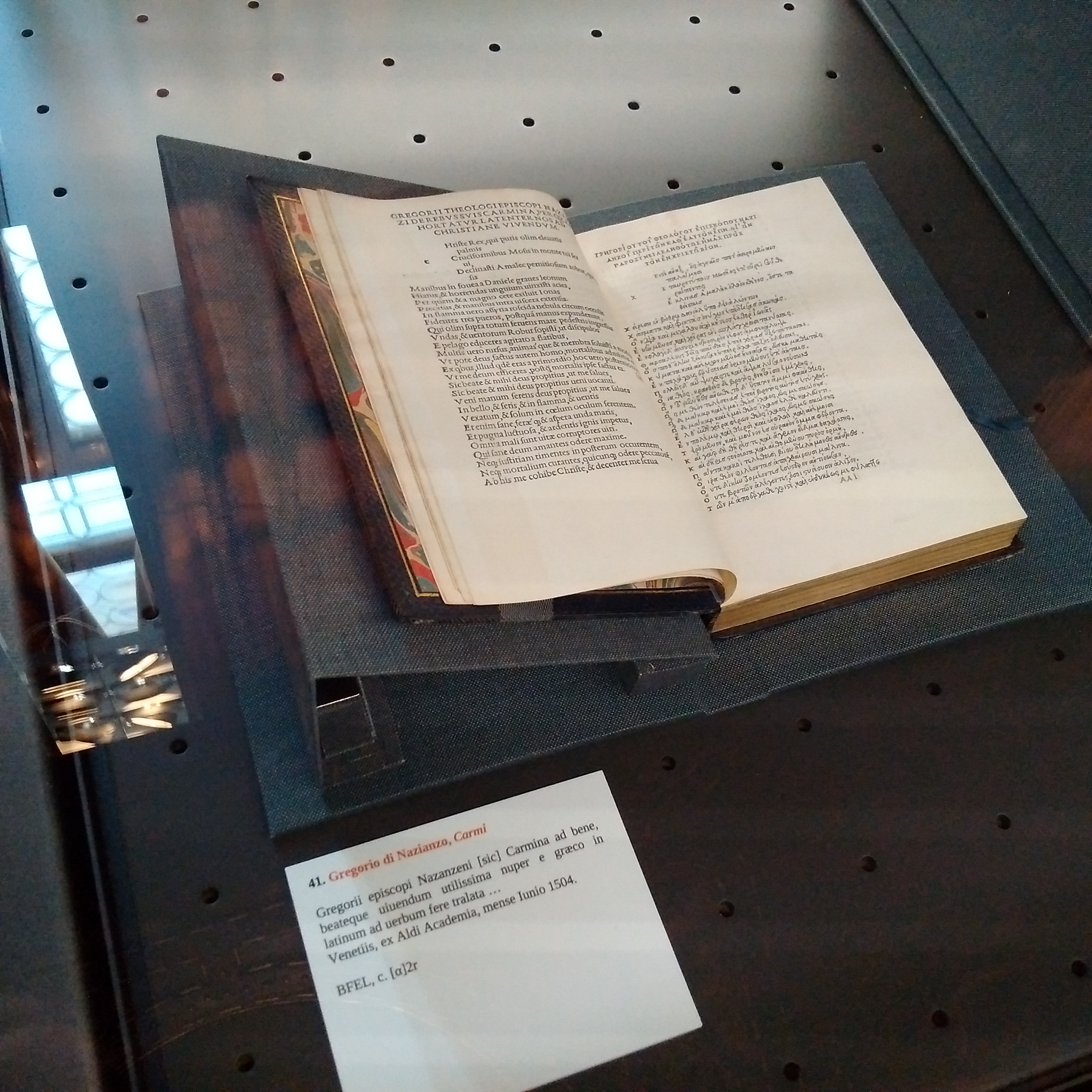 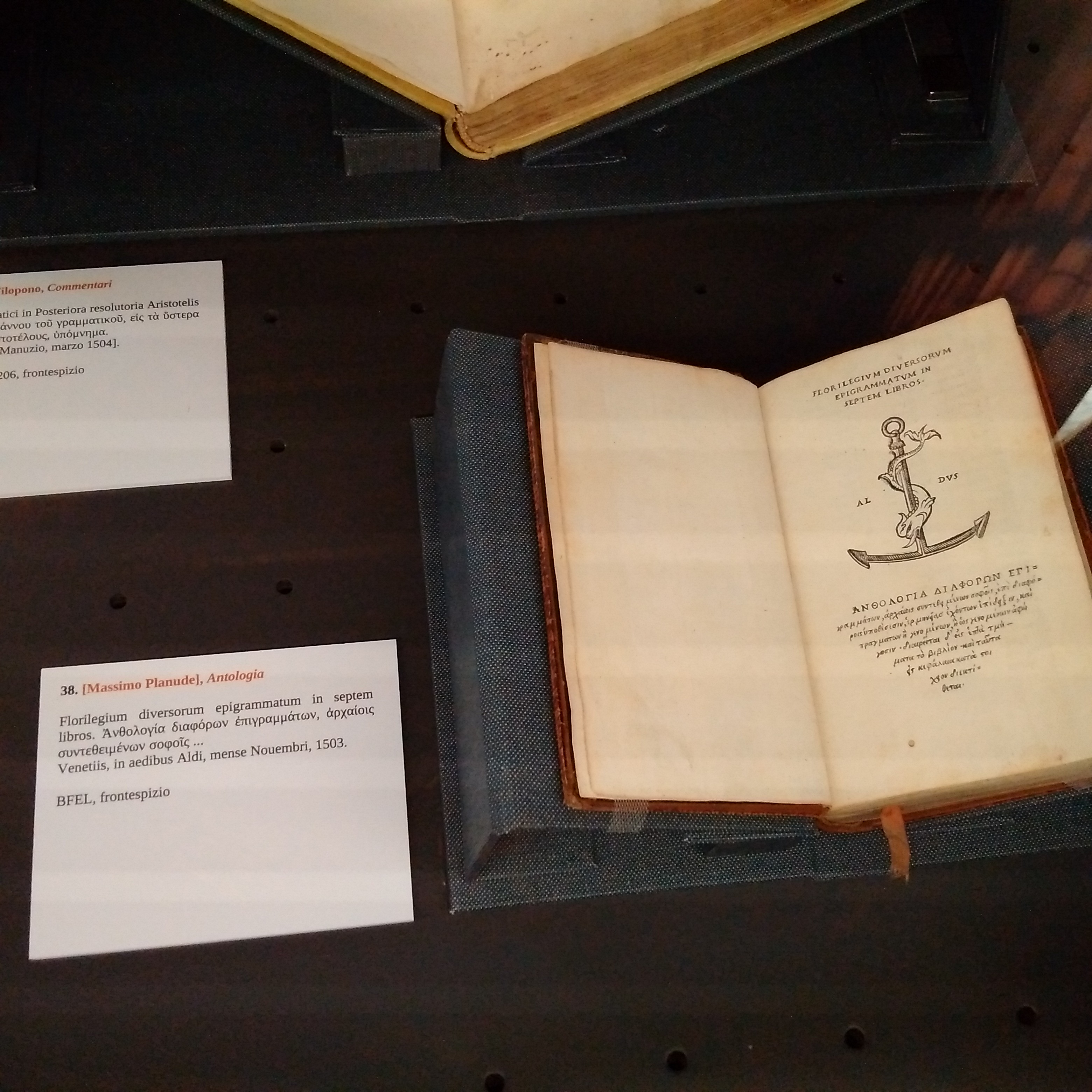 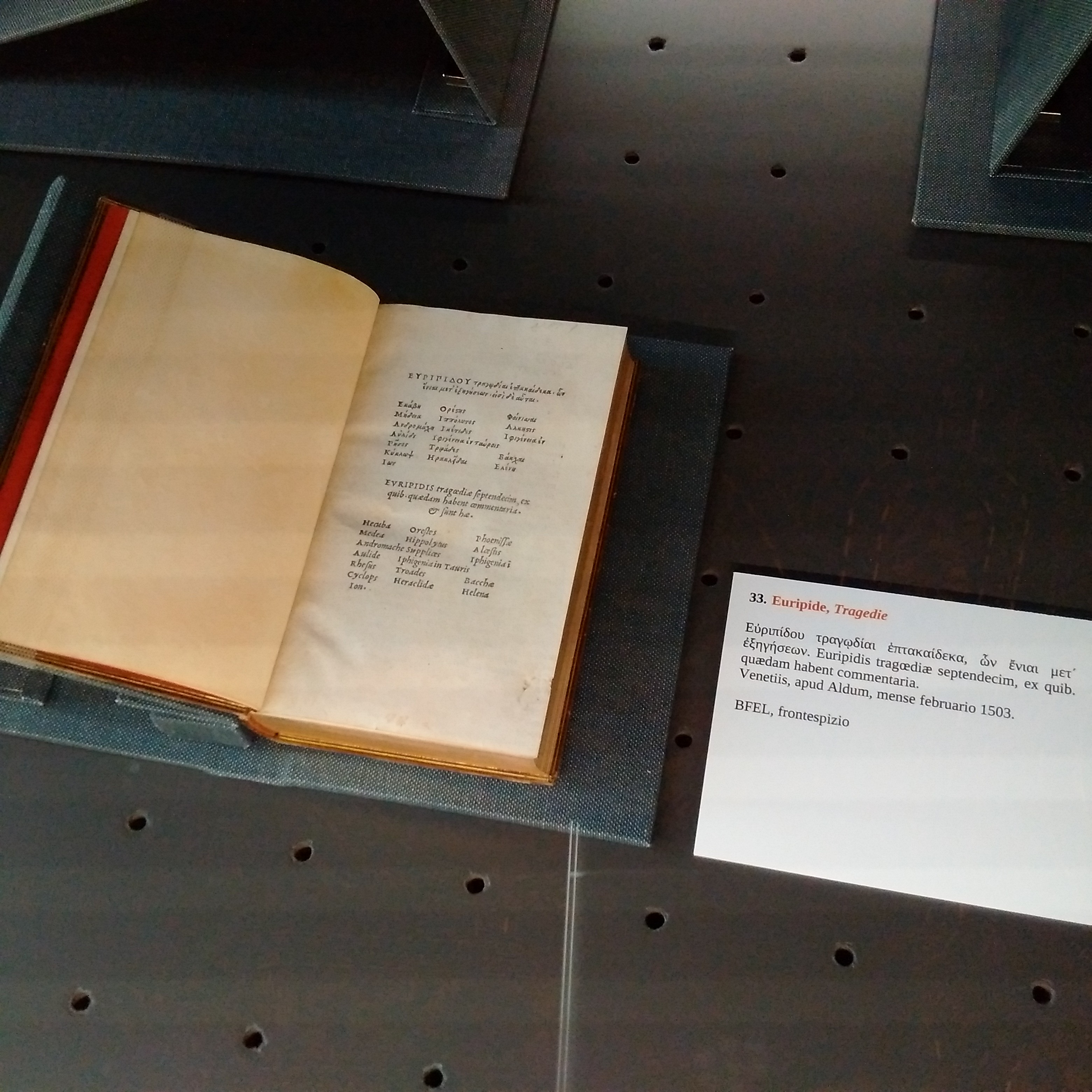 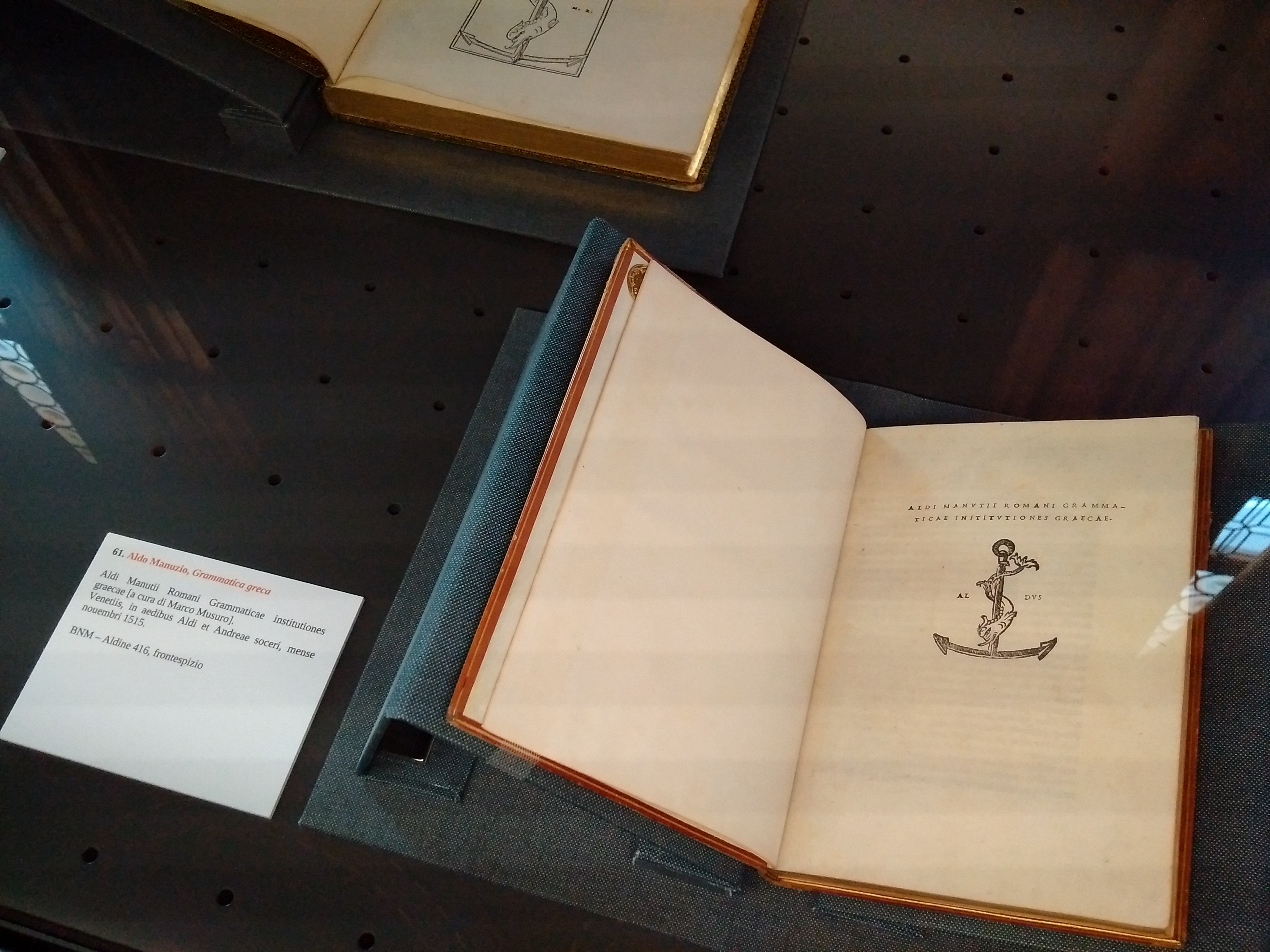 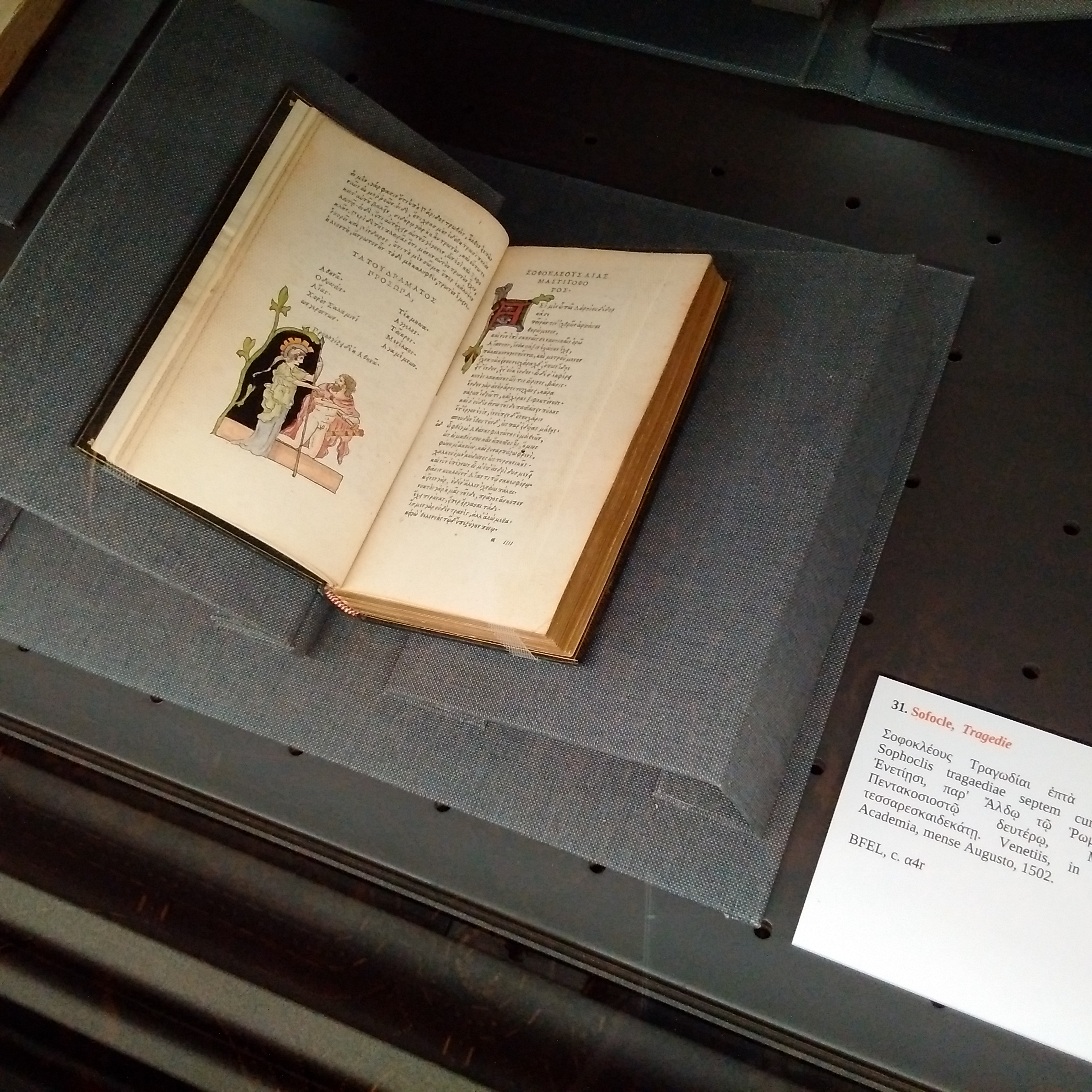 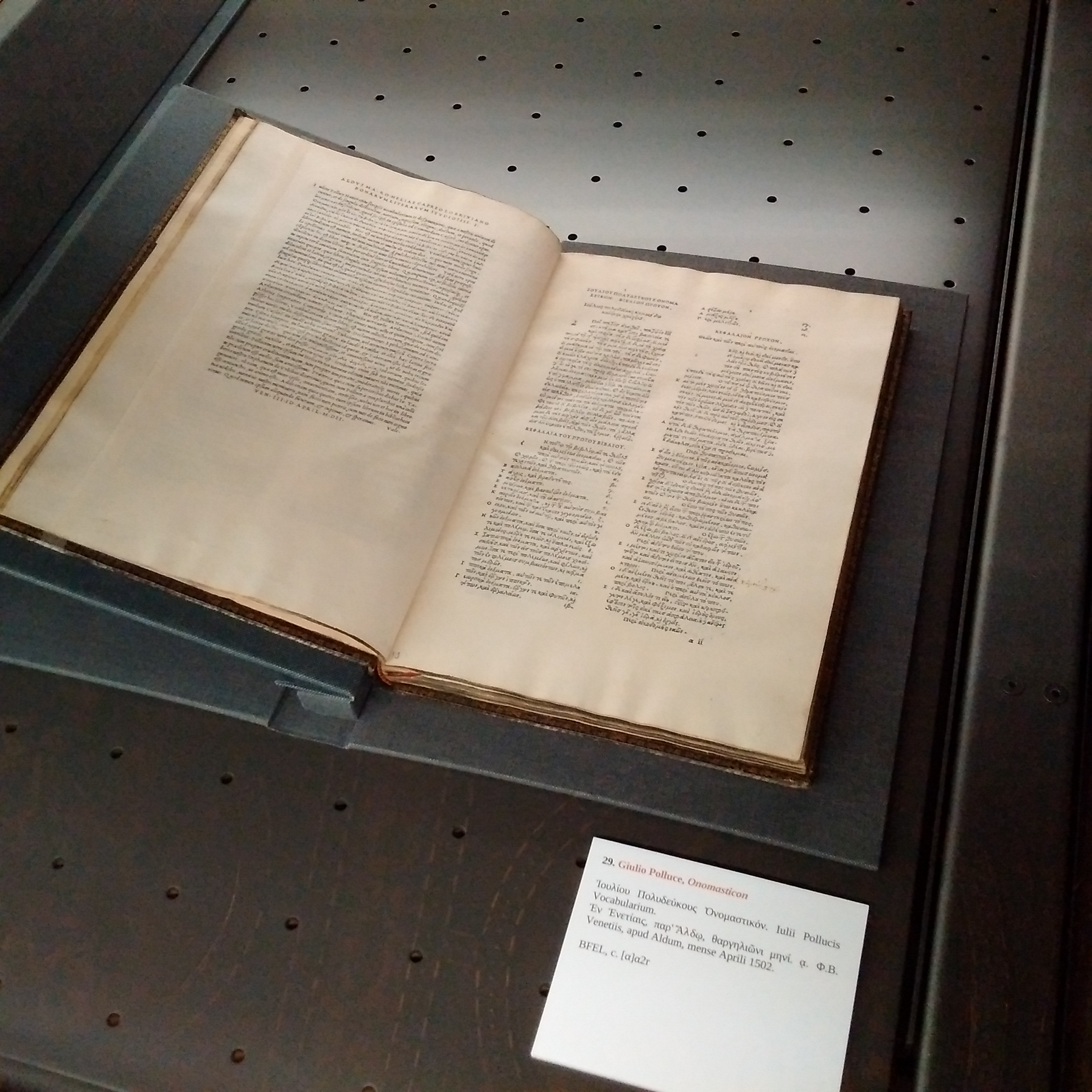 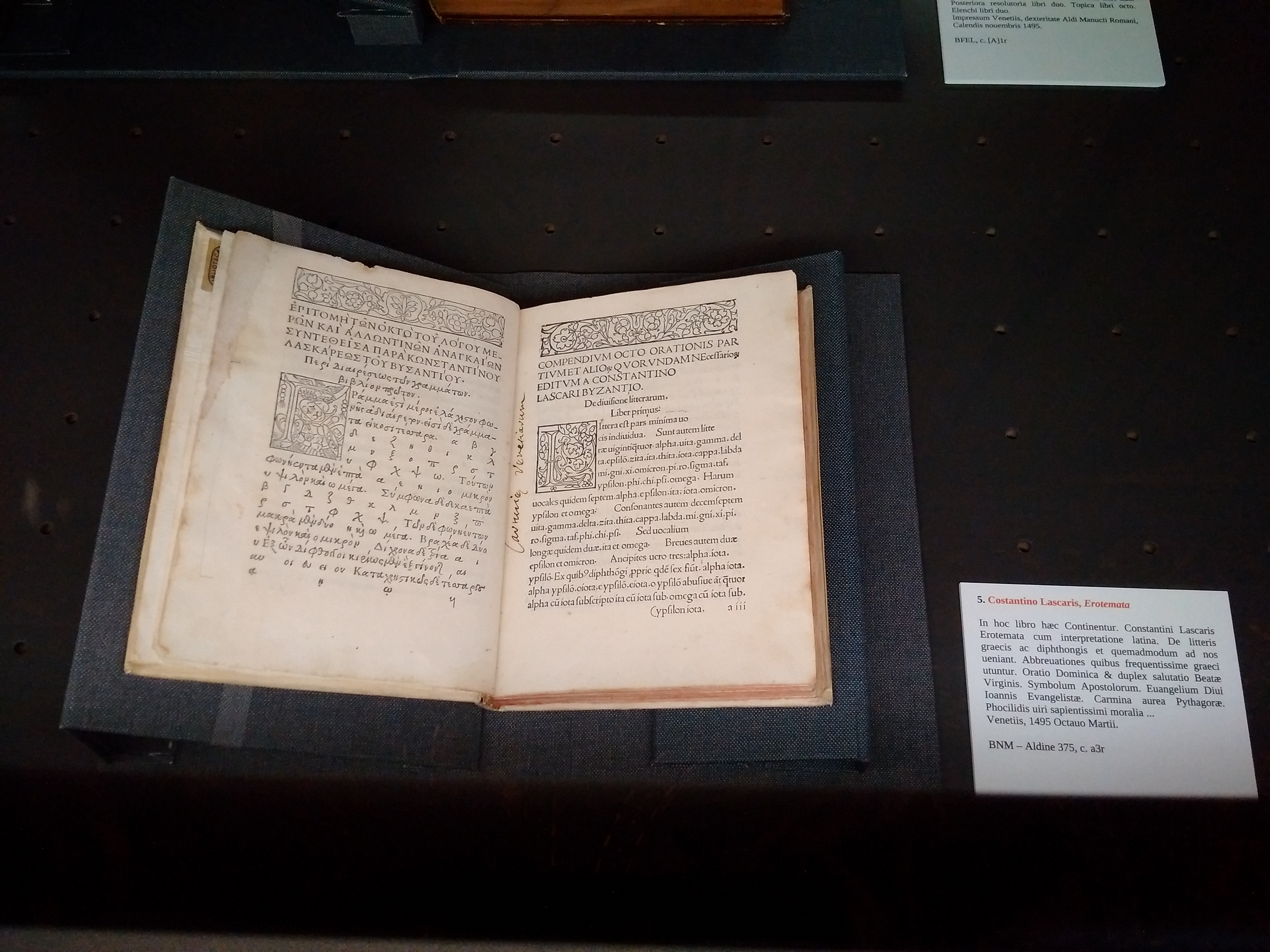