The Grimani Palace and its collection 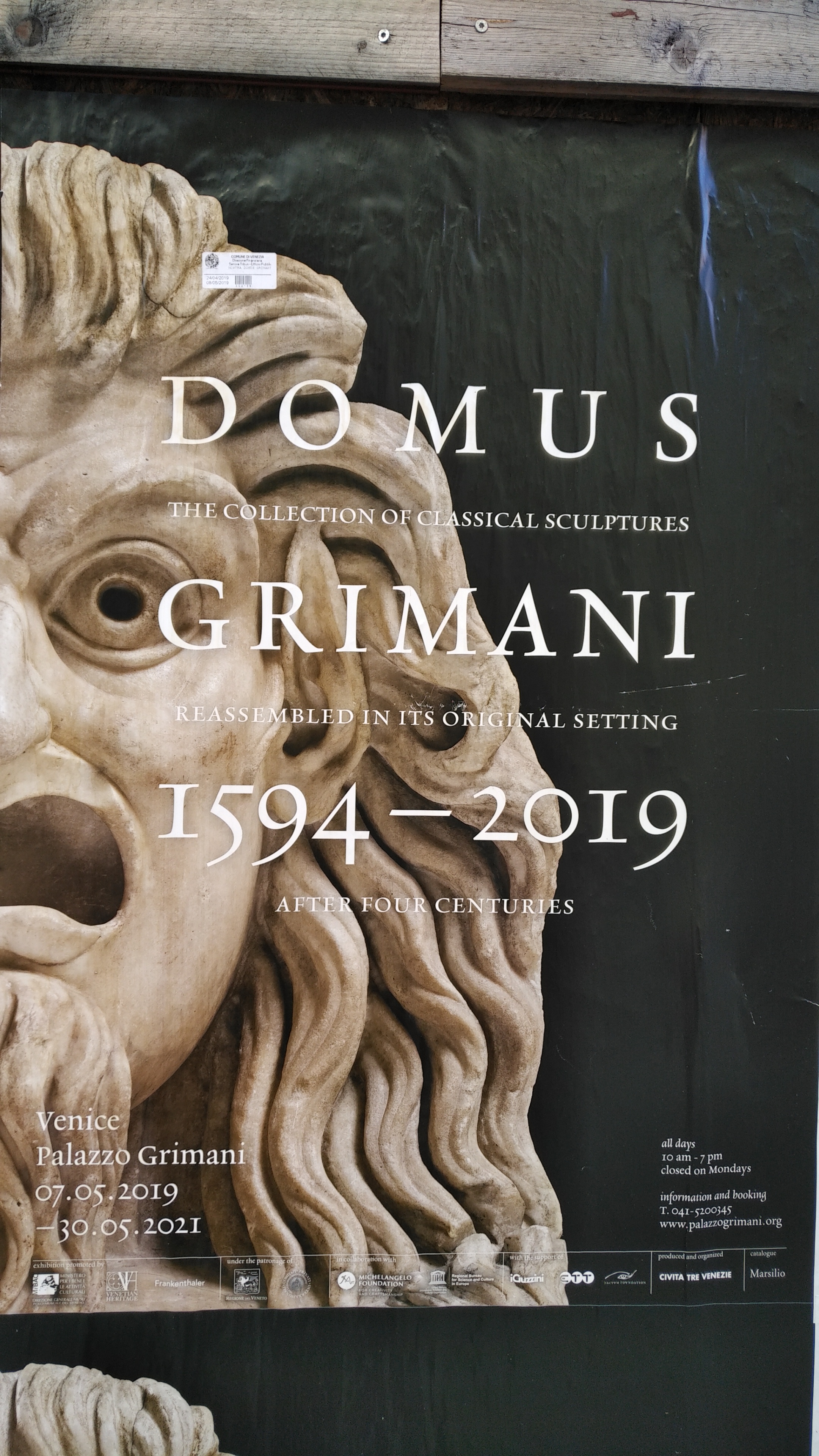 In February 1587 monsignor Giovanni Grimani (1506-1594), a Venetian patrician and bishop of Aquileia showed by the Collegio Office in the Ducal Palace to express his will to donate his precious collection of classic antiquities to the Venetian State. As a sole condition he asked that a suitable place should be found where to house it.

Three years later Venetian authorities chose the atrium of the newly built library in St. Mark’s piazzetta designed by Sansovino in Roman style. In less than 10 years the exhibit room was finished and that was the beginning of Europe’s most celebrated ancient statuary museum until the fall of the Serenissima in 1797.

Venice was always attracted by classic antiquities, in its mainland possessions several new findings emerged from the ground in a land where the great vestiges of a glorius past were still visible in several places, most notably in Verona. A great amount of architectural fragments, columns, capitals, friezes, statues and inscriptions came from the ruined towns of Altino and Aquileia.

Although the best preserved and most beautiful ancient pieces arrived by sea from Greece, Crete, other islands in the Eastern Mediterranean sea and from the coastline of Asia Minor. Not to mention the huge amount of ancient remains that arrived in Venice as plunder after the conquest of Costantinopoli in 1205.

The passion for collecting antique objects begun in Italy in the early 15th cent. to reach the peak by the mid of the same century. In Venice back then almost every palace or wealthy abode had on display a few of Roman and Greek statues and a large amount of all sorts of classic remains moslty fragments of different origins. The provenance of the itmes was diverse, findings in private land properties, donations, bequests and the Venetian market of antiquities flourishing since the 14th century.

Very few collections survived as a whole exposed in the same house for more than a century after the founder’s death, in most cases the descendants sold them due to financial need or under the pressure of other collectors wishing to buy the best items. When Giovanni donated his collection of more than 200 statues and reliefs aimed at preserving its unity thinking the only the State could achieve this goal.

The origin of Giovanni’s collection begun when he was a boy at the time of his grandfather Antonio (1434-1523). After two bad naval defeats in 1499, commander Antonio Grimani was first exiled from Venice to run at large later and being hosted later in Rome from 1502 by his son cardinal Domenico.
Because of his diplomatic good offices in favor of Venice after the terrible defeat of 1509, Antonio returned to Venice where he was rehabilitated and elected as the 76th duke, in office for just two years.

Antonio had already bought a property in Rome on the Quirinale hill, during the works for the construction of a family palace several fine statues and other classic itmes were found. After his father death, Domenico decided to enlarge this early collection ‘by chance’ buying other statues of the same quality. Thankful that a famly misfortune turned to its own glory with the election of Antonio as duke, Domenico bequested his collection to the Venetian State. After his death in 1523 16 statues were located in a room in the Ducal Palace accessible to artists, Titian and Tintoretto could see the works and get inspirations for figures in their own paintings.

Giovanni the same day he offered his collection to the state asked also to recover all of his uncle’s statues to be restaured and to be given with its own one after his death as part of the bequest to the State.
Unfortunately we don’t know much of Giovanni’s initial collection of ancient statues and antiquites.
We know instead that he worked all his life to both make it the finest privately owned in Europe and his palace a true roman abode and the perfect showcase to exhibit all those classic marble figures.

Many statues were Greek from Attica and other Greek islands, mostly from Crete a Venetian colony until 1669 and the main source of classic pieces for Venitian collectors. Besides these great statues, in the collection there were also funerary reliefs, marble candelabres, inscriptions and many roman statues and sculptured portraits some from Aquileia the city seat of his bishopry.

The itinerary of classic marvels in his palace begun in the cortyard designed as a roman persitilium with the two large statues of Agusutus and Agrippae and many friezes, isncripions and smaller statues aligned along the side wallks. Through a series of rooms decorated with new and old marbles, classic door frames and other friezes, bas-reliefs and inscriptions on the walls, the visitor finally enterd the tribune, the room of marvel.

Probably designed by Giovanni Grimani, this room decorated with pedimented niches, shelves and rusticated pilasters on the four walls and lit by natural light entering through a lantern at the top of a square cupolated ceiling is unique in Venice. Once inside the visitor was caught in total bewilderment as he was ‘stared’ by dozens of marble and stone fiugures located on the walls. From the top a small figure of Zeus as an eagle abducting Ganymede was hanging providing a realistc effect of supernatural flying figures. It was like entering an ultimate classic entertainment room, all the pagan divinites and their companions materialized all of the sudden by the bystander who could observe and appreciate the statues at very short distance. In no other place visitors could have such a close encounter with ancient classic artistry

It is not suprising that the Grimani collection in the tribune became a major attraction in Venice, a ‘must see’ place for all the dinstiguished visitors to the city. When this room was dismantled in 1594 it cointained a hundred and thirty figures. As we said, all was transfered to the new location in the atrium of the buidling now called Marciana Library. But the original Grimani collections was later increased by donations and bequests from other Venetian nobles to became the first European public museum of antiquities, the original space though had to be increased out of the original place.

The end of Venice as an independent state in 1797 and the French rule of the city from 1805 to 1815 brought to the end of this unique collection. Napoleon’s stepson and governor, Eugene de Beauharnais, ordered in 1811 to move all the itemes to the Ducal Palace, a large part of it was trasnformed then in a museum. Still other donations followed increasing further the already large collection. During WWI all items were moved to Florence to avoid the damage of Austrian bombings to come back later to Venice in 1920 but this time in a different place, in some of the rooms of the Procuratie Nuove close by the Library. It was the beginning of the present Archeological Museum.

THE PALACE
Bought initially by Antonio Grimani, the building was bequested to his sons first and by them to his grandsons including Giovanni’and his brothers Vettore and Marino but in 1559 Giovanni became the only owner. A process of enlargment had already begun before he took possession, from a simple L shaped buidling it got the present square shape. But it was Giovanni who transofrmed it in a veritable ‘Roman’ abode due to the high Renaissance decorations adopted in every room of the palace. The decoration model was taken from Rafael’s works in Rome like the villa Farensina and the Varican rooms, he called Giovanni da Udine a pupil of the great artist from Urbino for most of the indoors decoration and Camillo Mantovano who painted one ceiling with an exquisiste decoration representing dense foliage and birds. The ceilings of the Domus Aurea, Nero’s extravagant palace, that after its discovery become a dominant source of isnpiration for arists during most of the 16th century, were also imitated inside the palace.
To add a deeper touch of classicism to the whole building, the ceilings and walls of some rooms were painted with mithologicial stories. The final scope for Giovanni was to create the ultimate noble classic abode that reflected his intellectual interests, for Venice it was the first building ever conceived in its entirety in a high Renaissance fashion.

The final dispersion of what was left of Giovanni’s collection still housed in his palace took place at the time of the last descendant Michele, before his death in 1865 all was sold to the Venetian antique dealers of the time. The property of tthe palace changed many times, the last owner being the Olivetti company. After many years of total neglect the building was finally bought by the Italian State in 1981, the restauration initiated in 1984 to be completed in 2008. After a thorough and meticolous restauration the Grimani palace shines nowdays in its original splendour, for visitors it shows like a unique example of 16h century noble home used now for exhibits, cultural events and concerts.

In 2019, after 425 years since the removal of the collection from its original site, it came back. A great selection of pieces were brought in situ to stay temporarily until May 2021 and help revive in present visitors the same amazement our ancestors felt when entering the tribune, a true time machine.
Ultimately visitors will be acquainted with great classic masterpieces and experience a comprhensive statuary collection like no other. 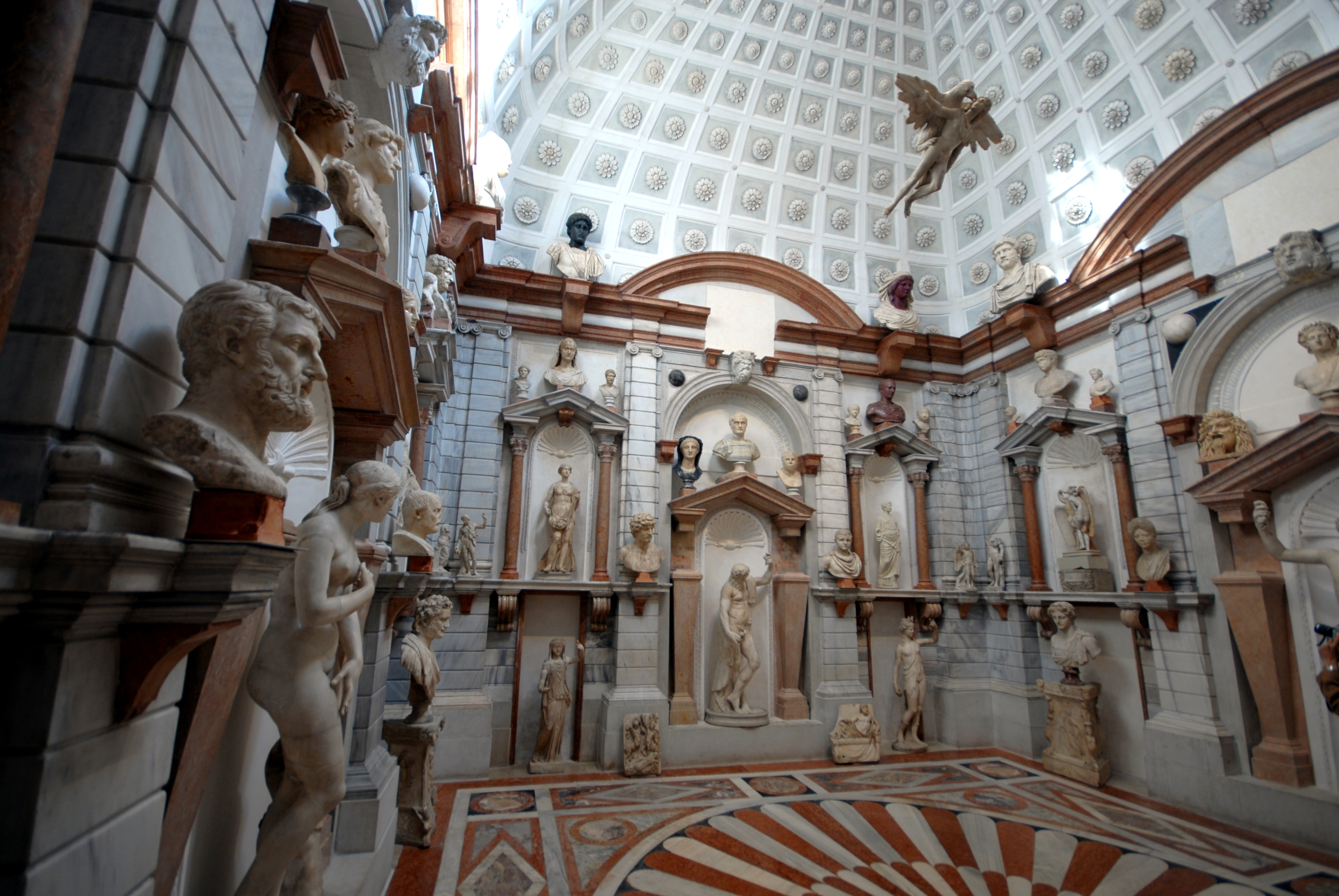 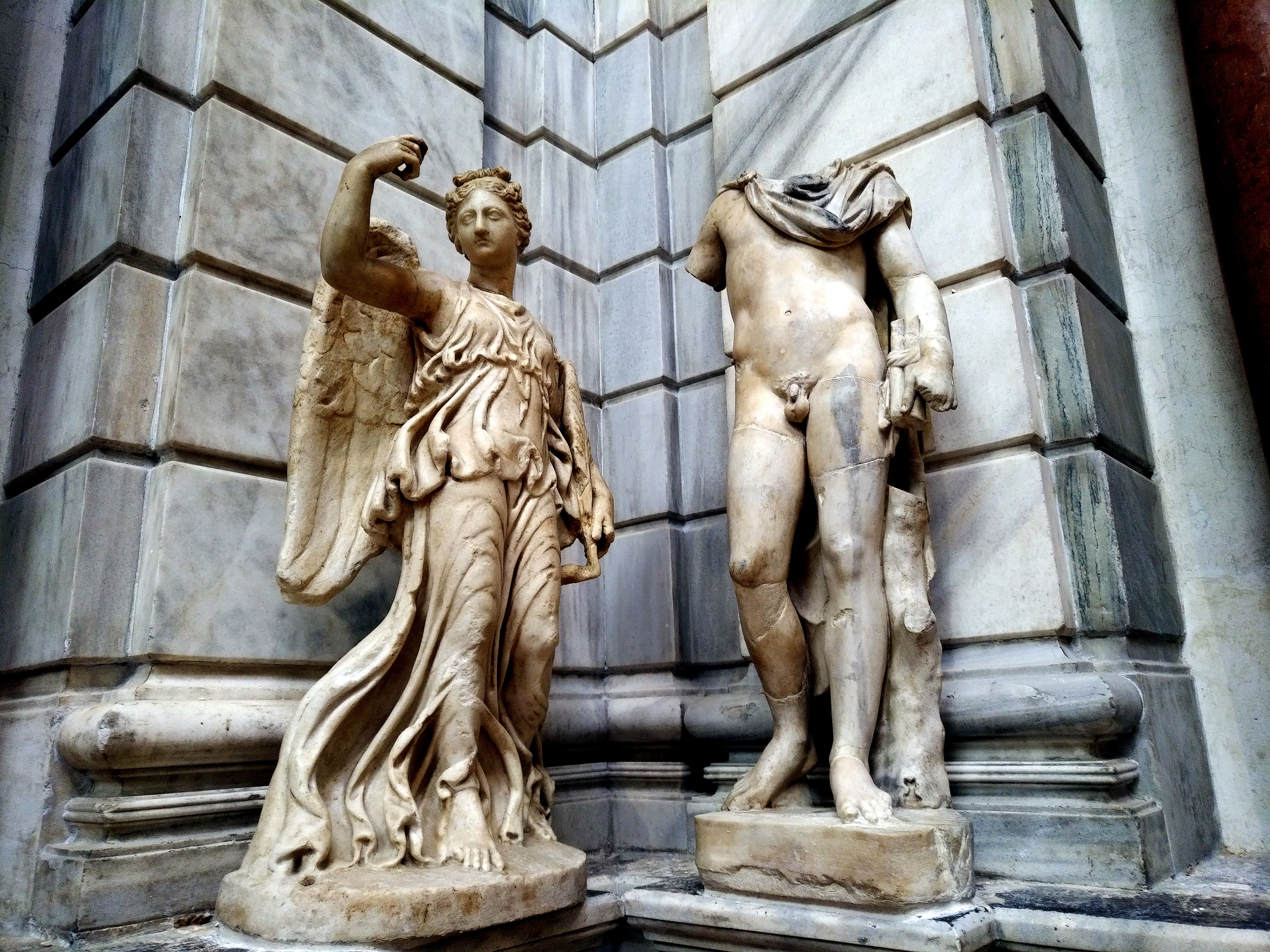 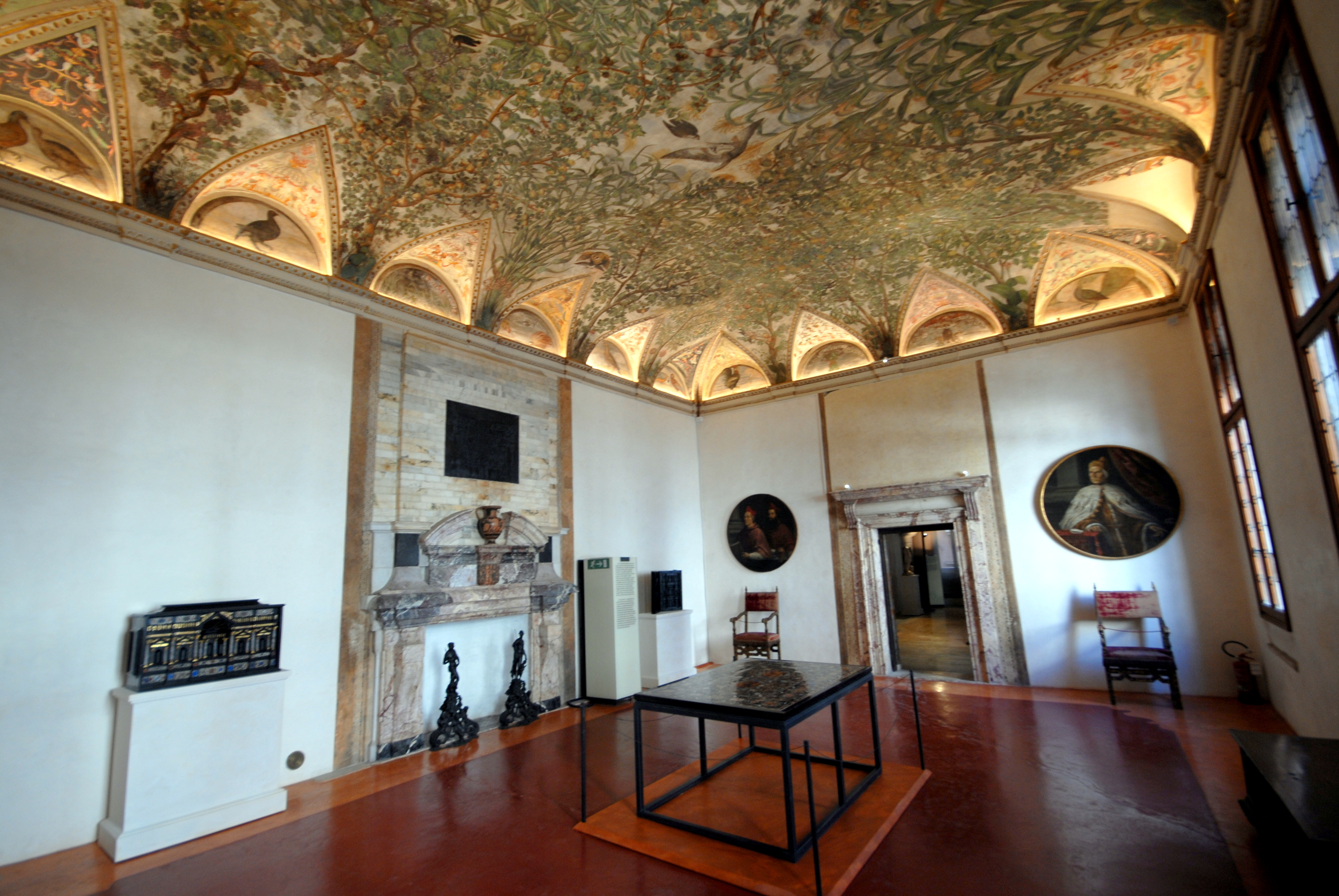 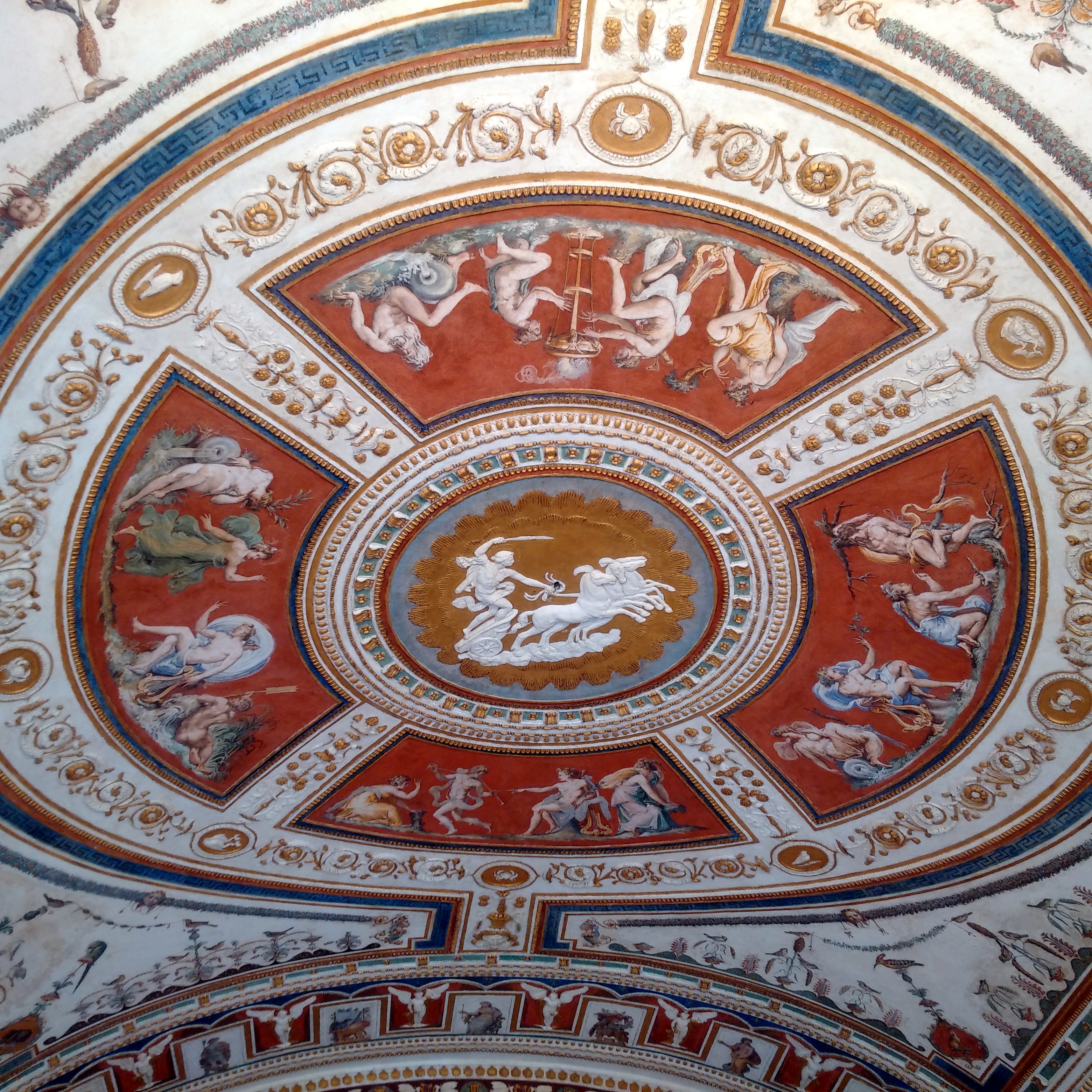 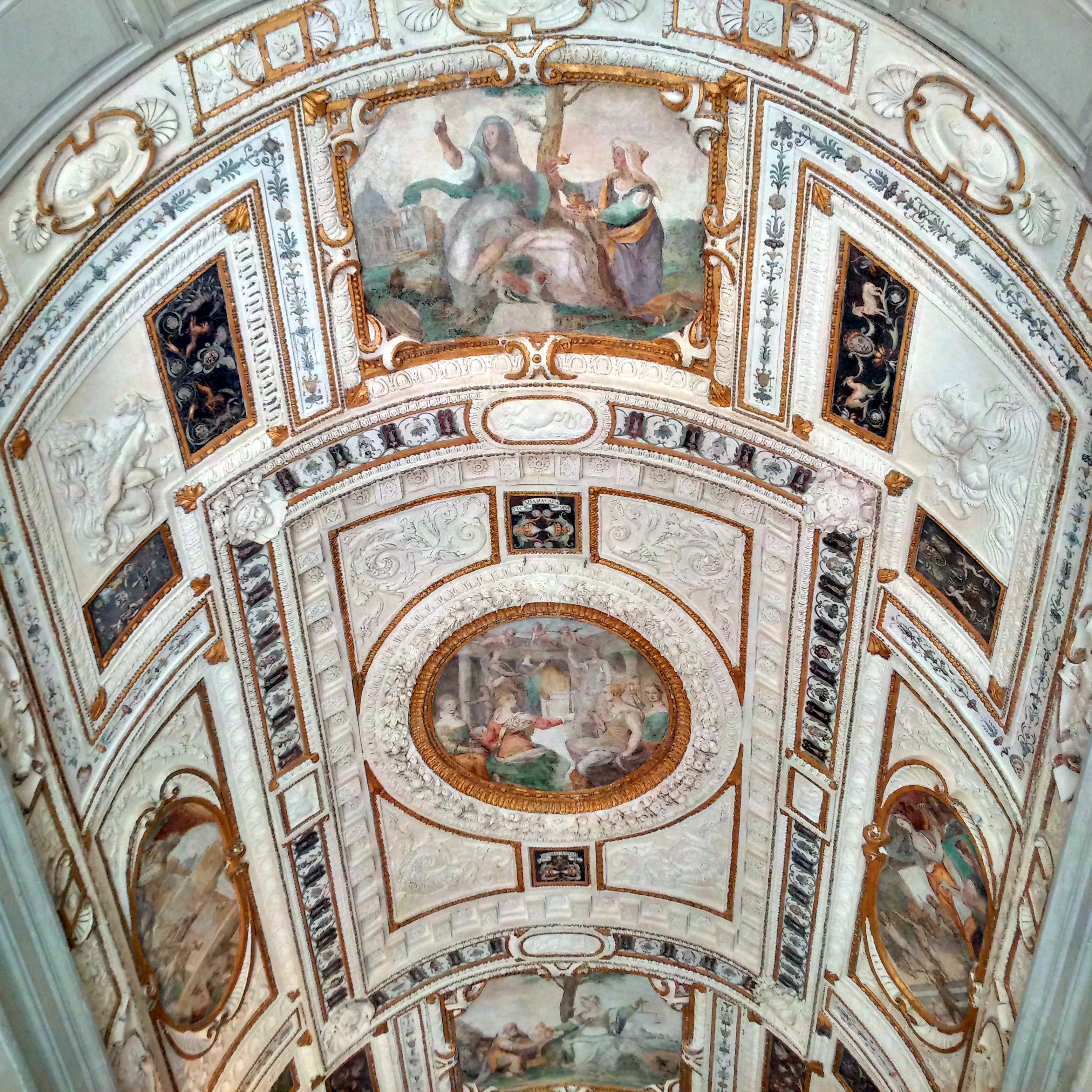 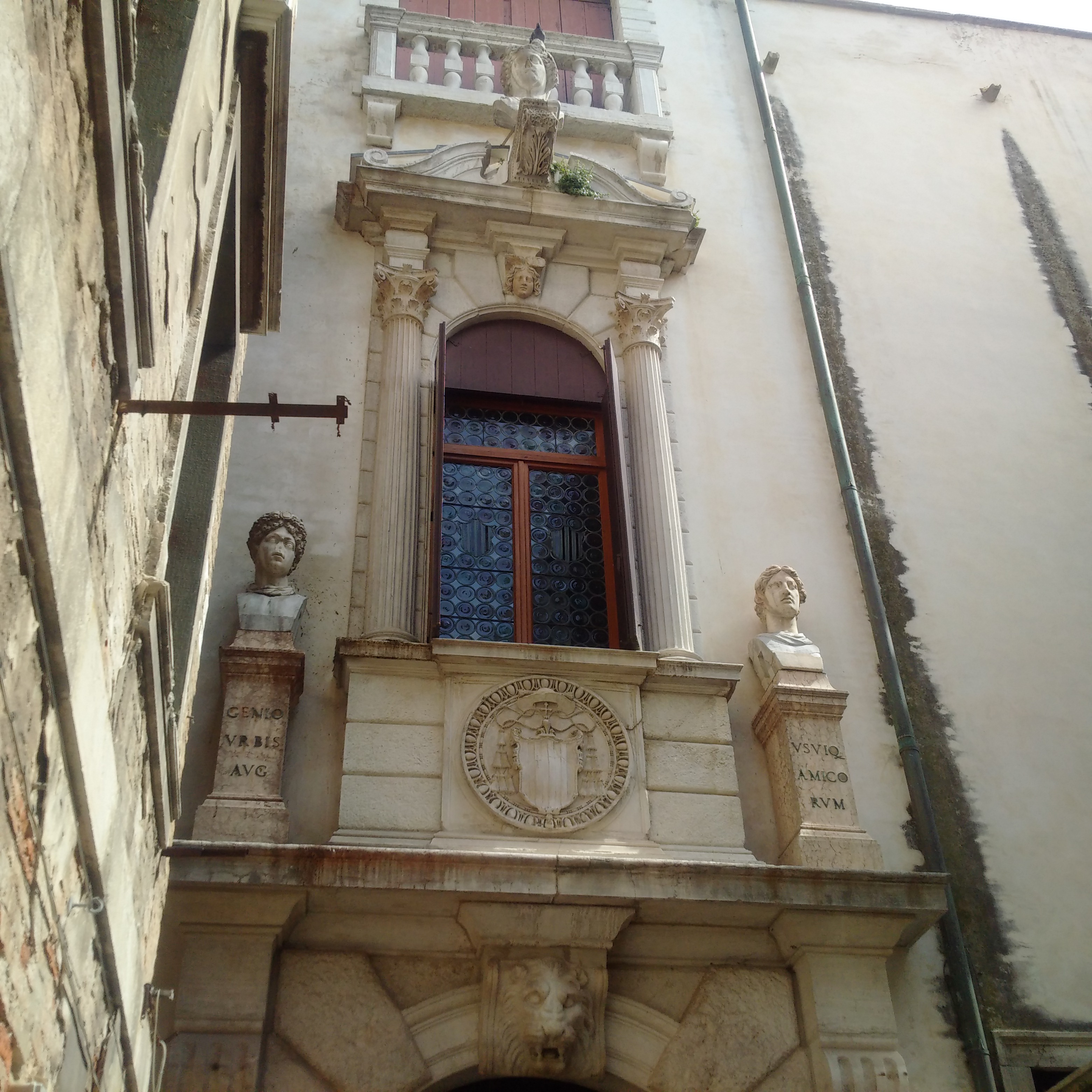 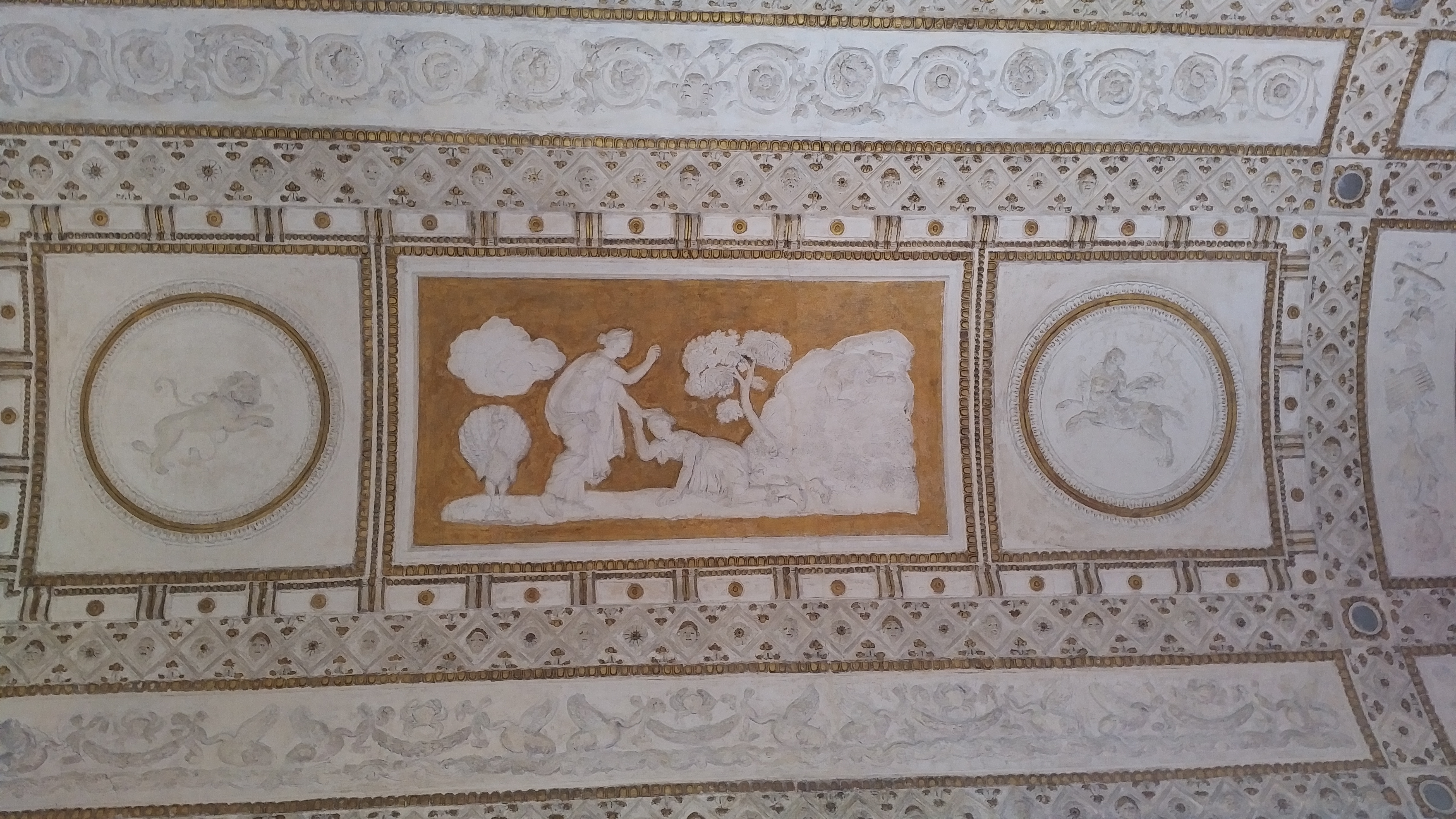