To commemorate the 150th anniversary of his death, the Correr Museum in Venice presents an exhibit about the vedutista painter Ippolito Caffi showing some 150 paintings.

Ippolito travelled extensively during his life visiting many towns in Italy, some in Western Europe including Paris, London, Geneva and Madrid and the Eastern Mediterranenan with Greece, Turkey, Egypt and Palestina.
He painted all the locations he travelled through providing us then with a great overview of how those looked like in the mid 1800’s.
Most of the works exposed in the Correr Museum are of medium and small sizes and they can be seen as a great collection of vivid ‘postcards’ from Ippolito’s travels presenting general views and panoramas, close-ups with picturesque local scenes, single locations painted with great accuracy in detail.
In this exhibit you’ll see Rome, Naples, Genova and the Ligurian coast, Nice, Turin, Paris, Istanbul, Athens, Luxor and Karnak and their glorious ruins, Giza, Cairo, and last but not least Venice.
Ippolito can be considered both as one of the greatest witnesses of his time due to the many places he visited and reported through his accurate and colorful vistas and a very talented painter who kept going the vedutism tradition of Venice a city that he loved and painted so many times.
While for us the visitors of present time Ippoilto’s works represent highly detailed documents that will help us track back how a big variety of world’s famous locations appeared before the profound urban and industrial development of the 20th century.
Our favorite one is a general of view of a rather small city of Rome still encompassed by a large and unspoiled countryside (see picture below)

Ippolito was born in Belluno in 1809. His student years to become a painter were spent between Padua in the studio of his cousin Paolo Poletti and in the Venetian Academy of Belle Arti.
Starting from 1832 he will live in Rome, practicing first in his cousin’s studio. Although he begun working as an independent artist one year later depicting some of the iconic places of the Eternal City and its countryside where Roman ruins could still be seen. Ippolito had already found his true vocations for vedutism painting.

Until 1843 even if living in Rome as resident he travelled a lot in Italy to deliver his works to clients, present them in exhibits and also finding new inspiring locations to represent.
From 1843 and 1844 he travelled to Greece, Egypt and Turkey. In 1848 he’ll leave Rome and move to Venice where he’ll be an active member of the Venetian uprising against the Austrians who’ll capture and detain him in Friuli until his escape and return to Venice.
When the Augsburgs retook control of the lagoon city, Ippolito had to flee starting an intense period of work and travel, he’ll then visit and paint Genova, Turin, London, Madrid before resettling in Rome and working in his own studio.

In the 1850’s Ippolito became a star and his celebrity was widespread.
In 1858 he is back to Venice although as patriot involved in actions against the Austrian Empire his position became frail. He was arrested twice, the second time in 1860 and after three months of detention he’ll leave Venice to Milano and continue on to Naples and Campania to witness the successful military campaign of Garibaldi freeing the south from the Borbonic regime.

At the time of the Italian declaration of war against Austria in 1866 Ippolito embarked on a warship to witness and document the bellic events although he’ll die on July 20 1866 during the naval battle of Lissa (Vis, Croatia) when his ship was sunk.

See a selection of Ippolito’s works down below 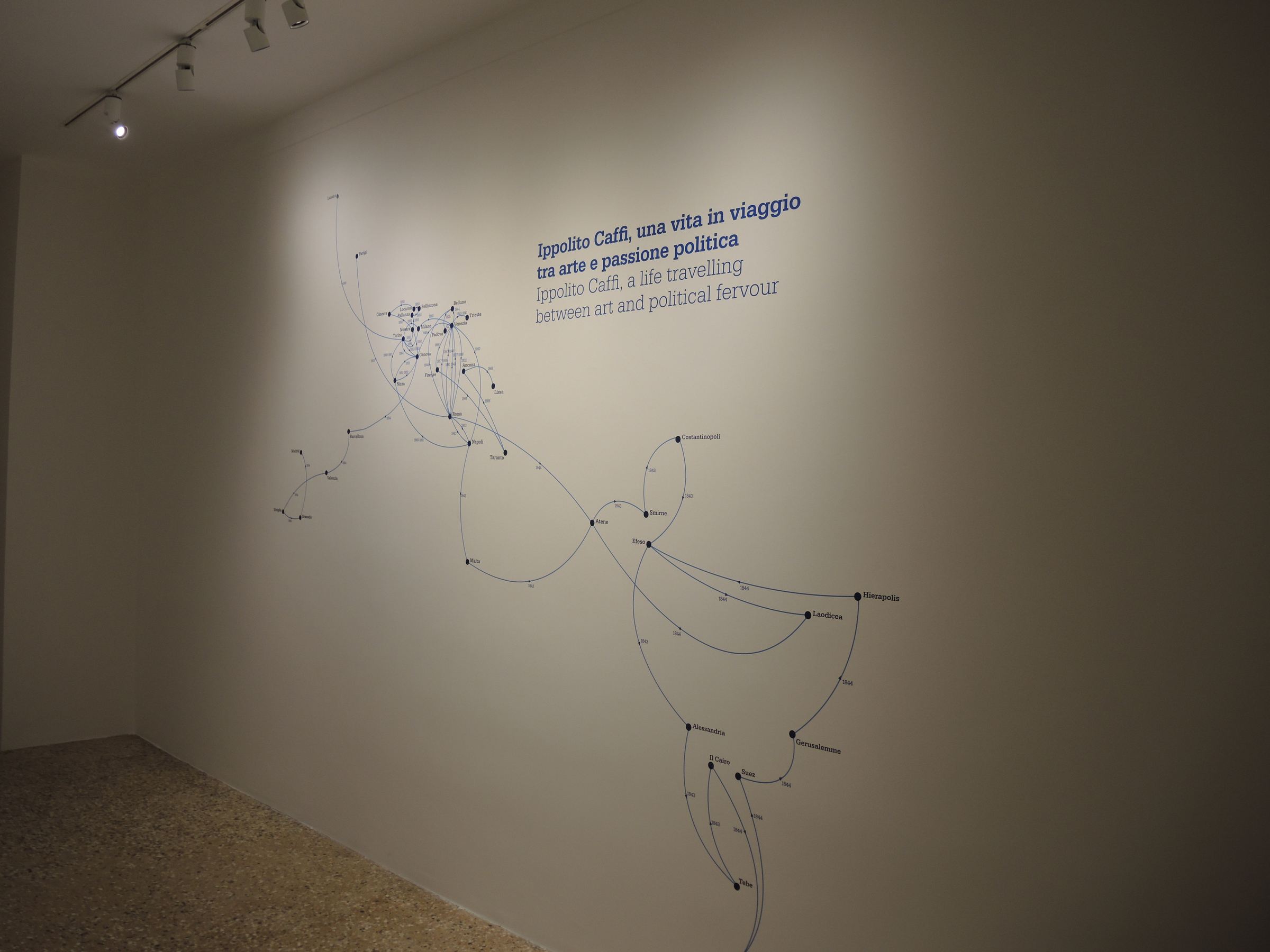 The travels of Ippolito Caffi 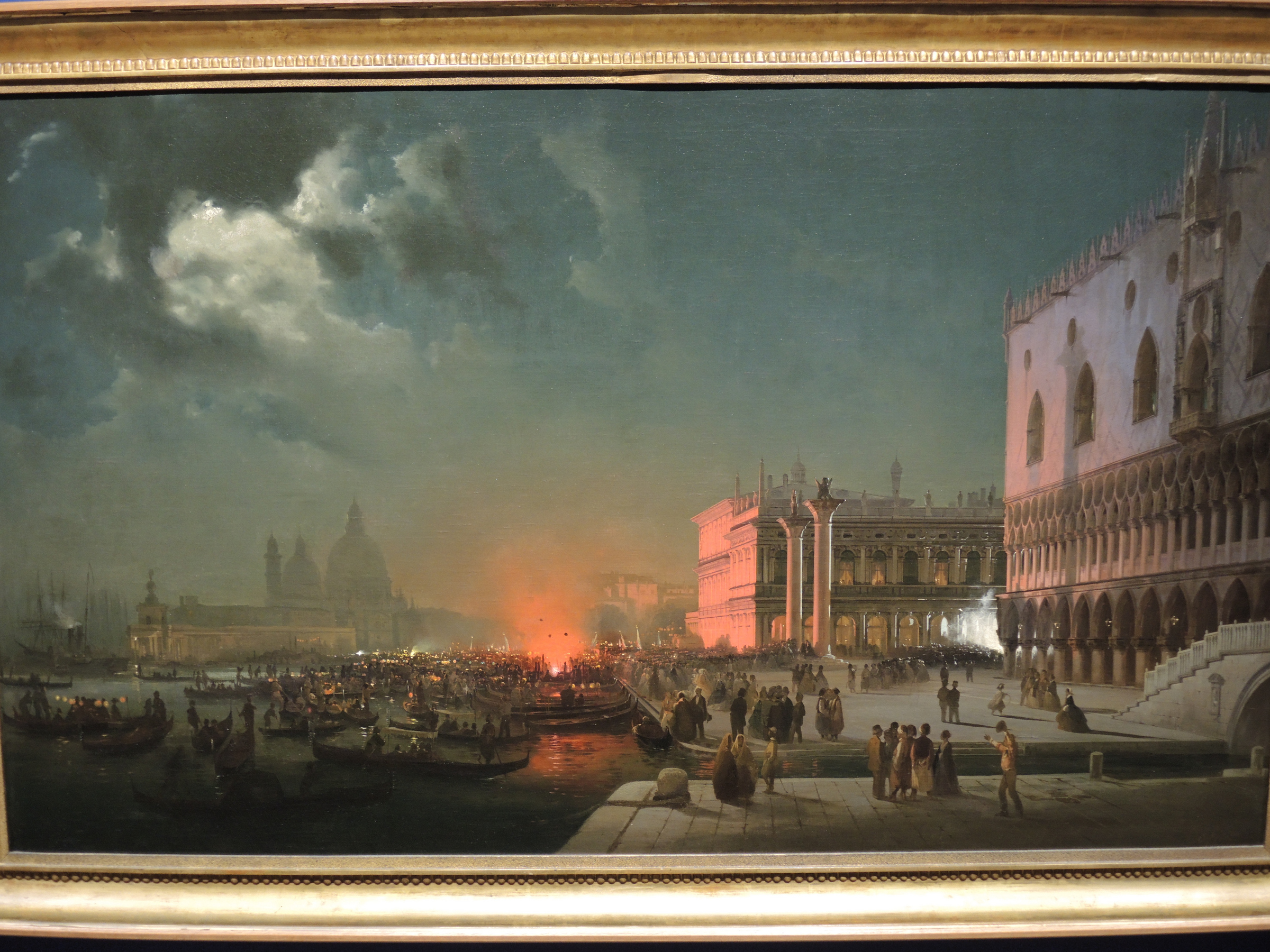 Venice, night party to honour the archduke and his wife – 1854 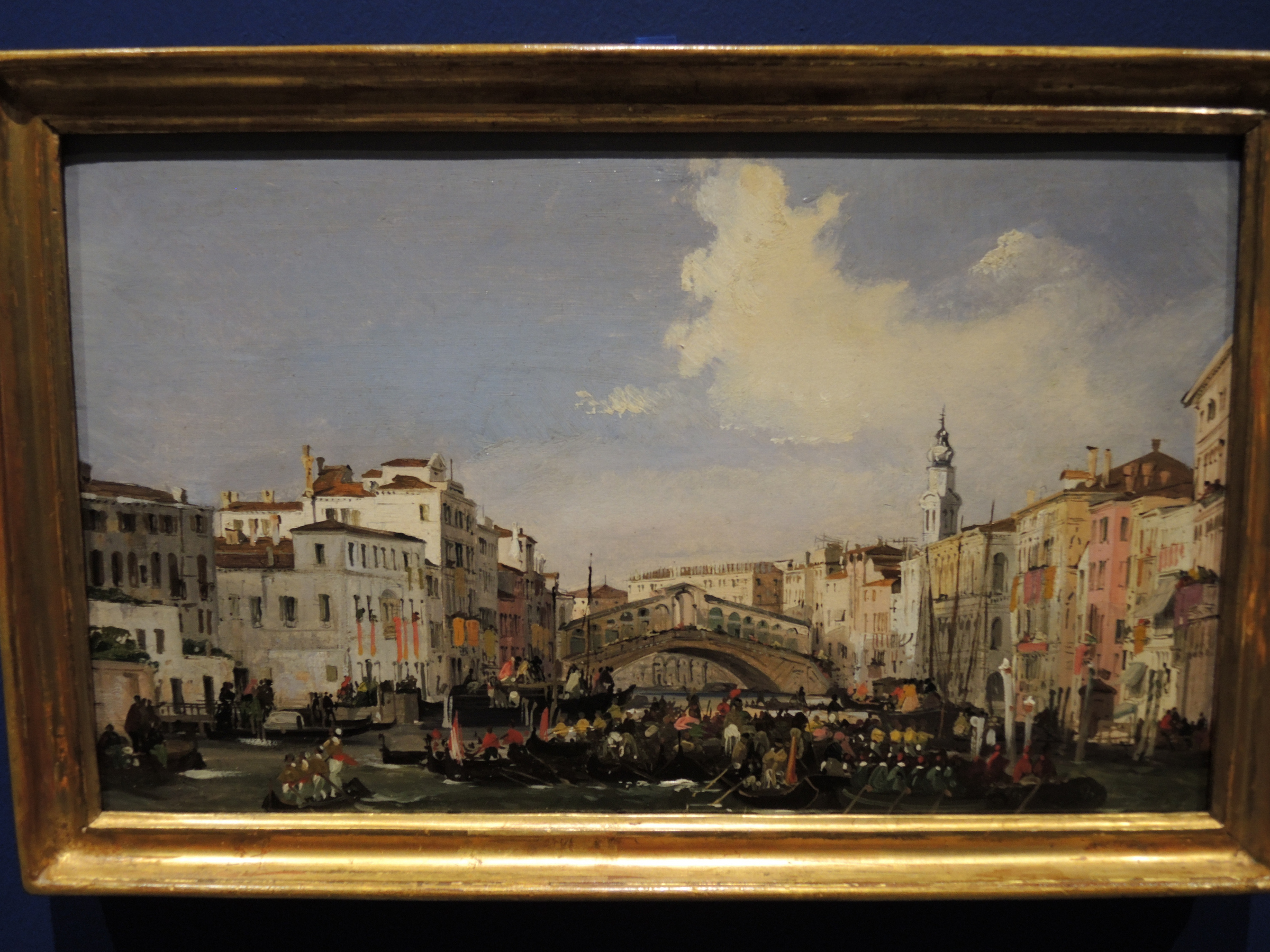 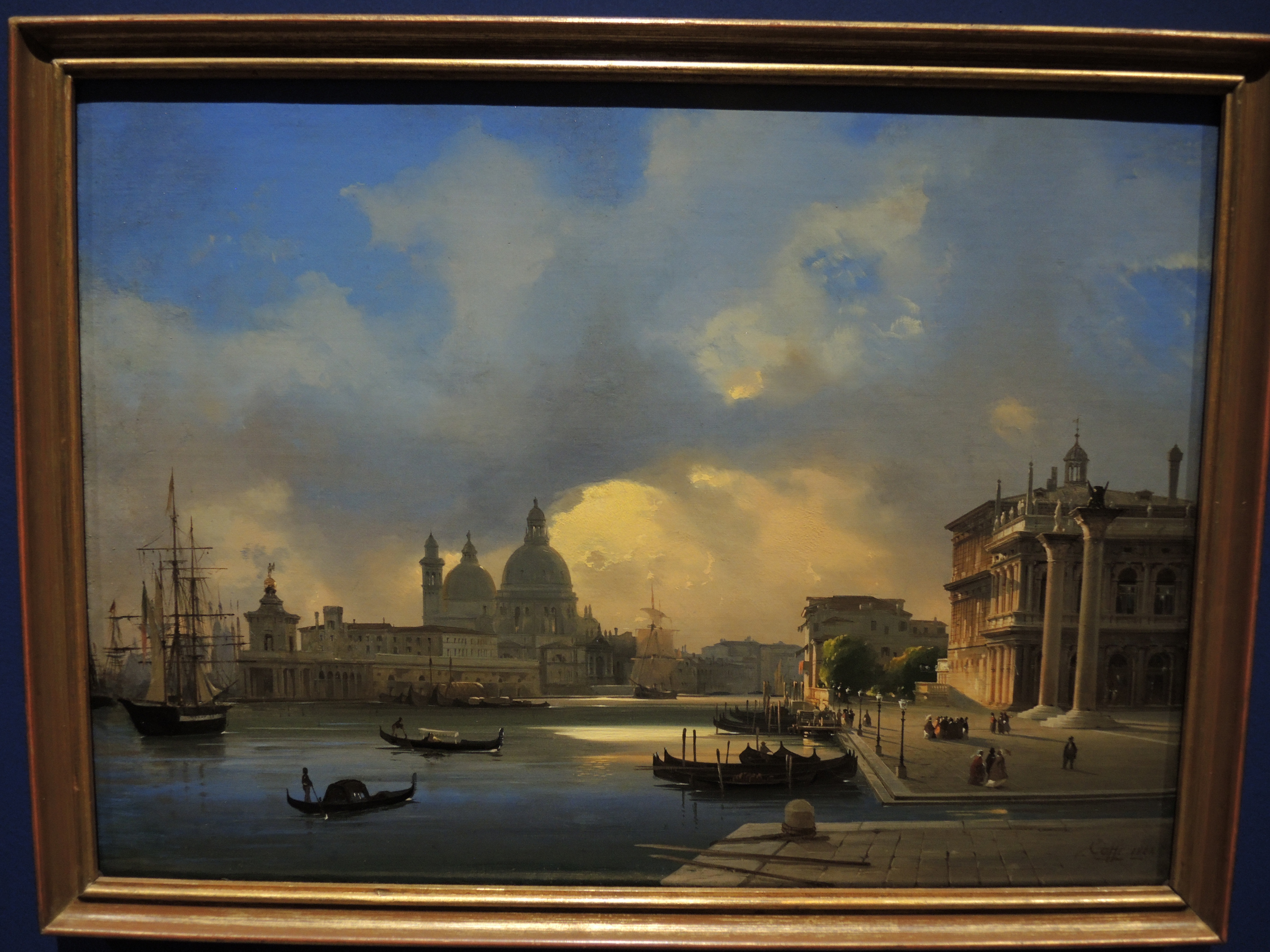 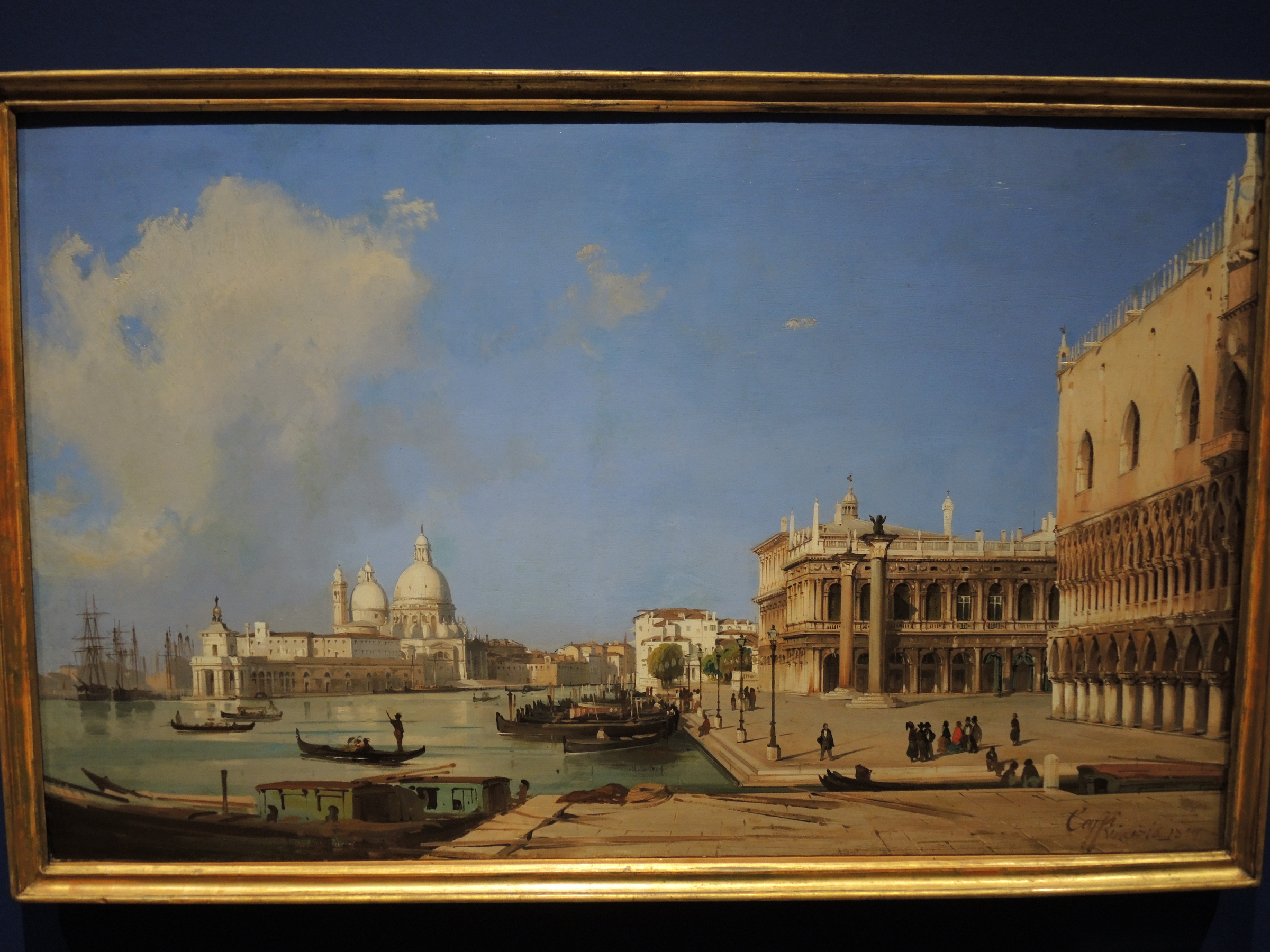 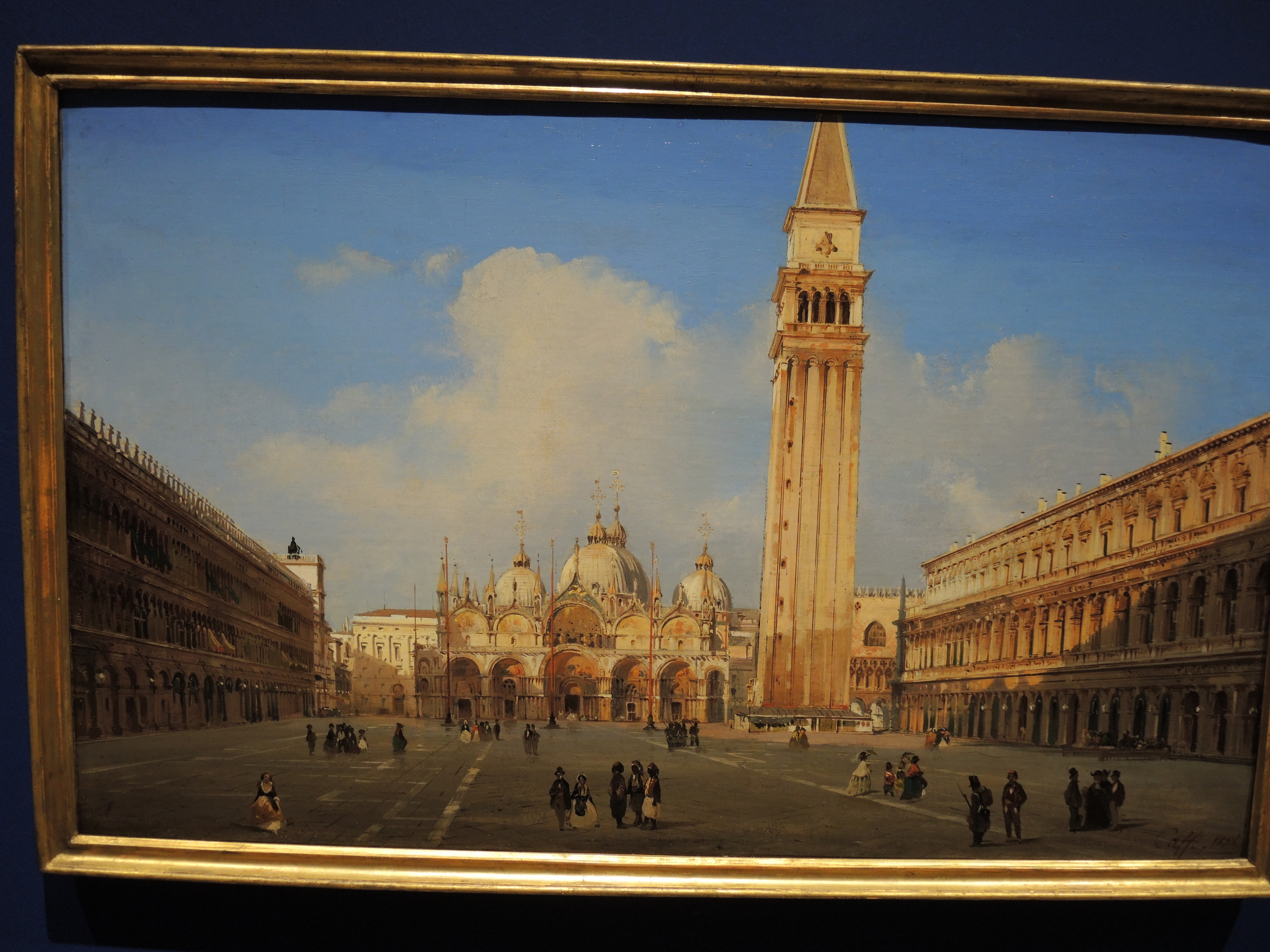 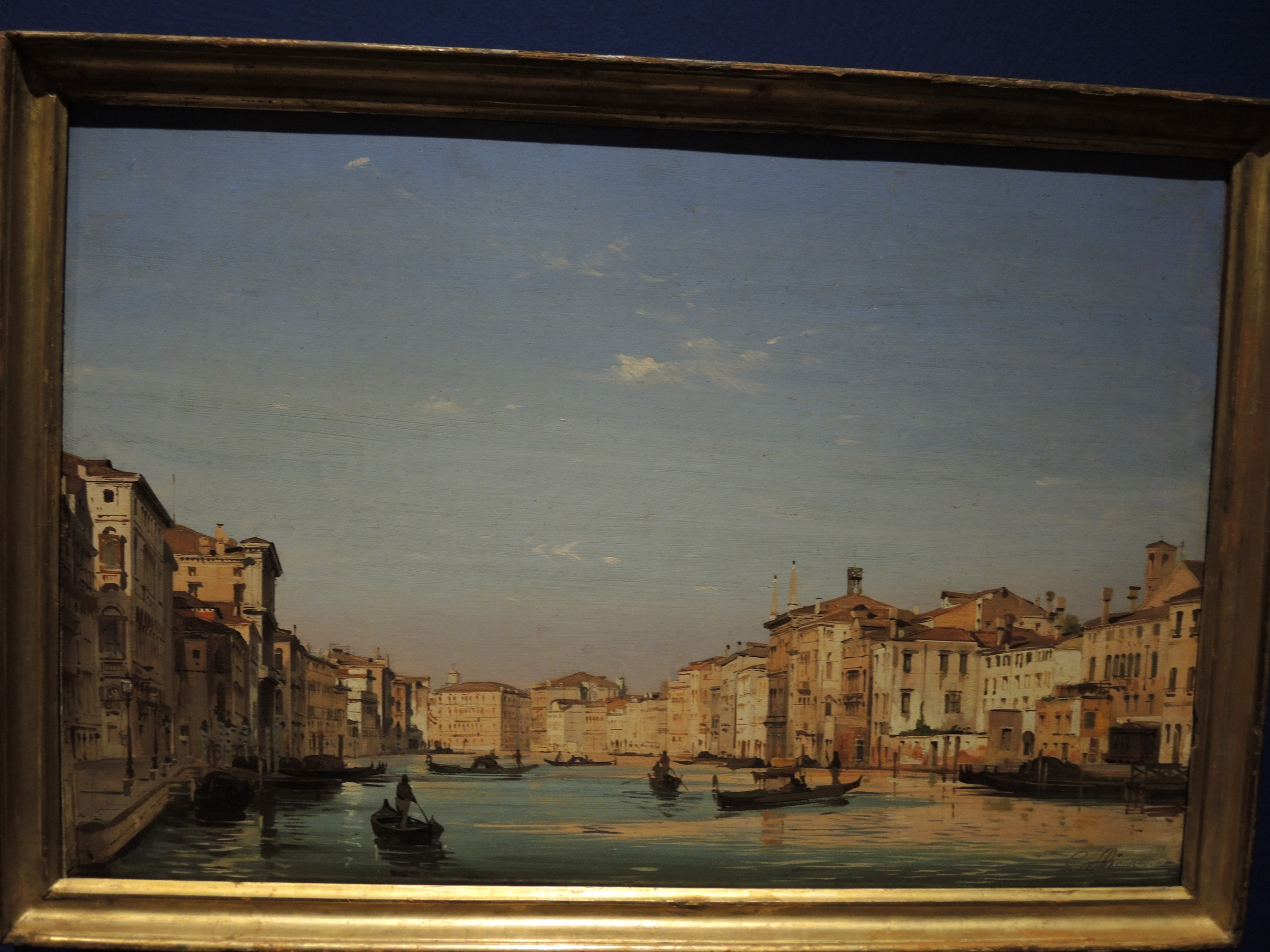 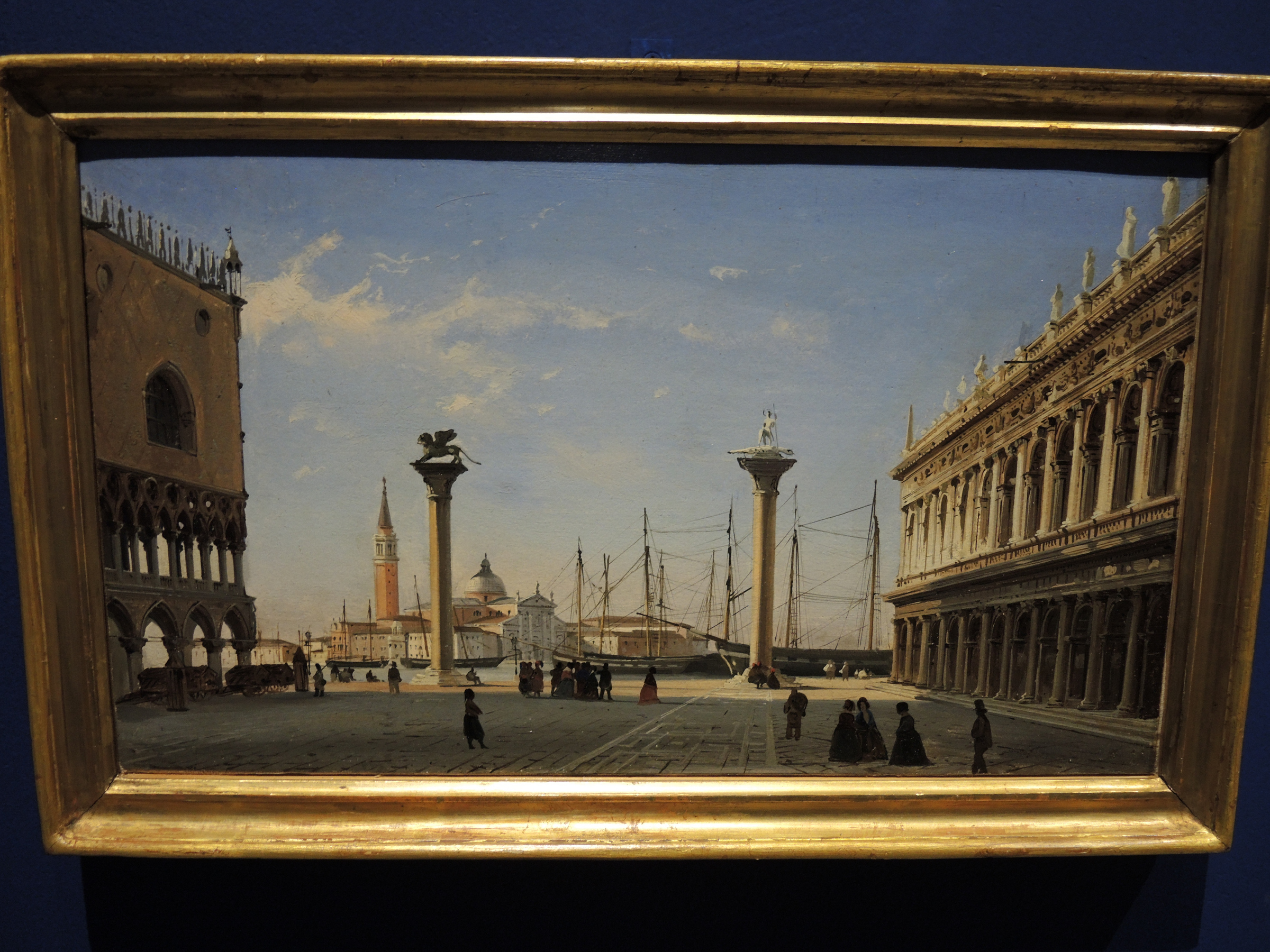 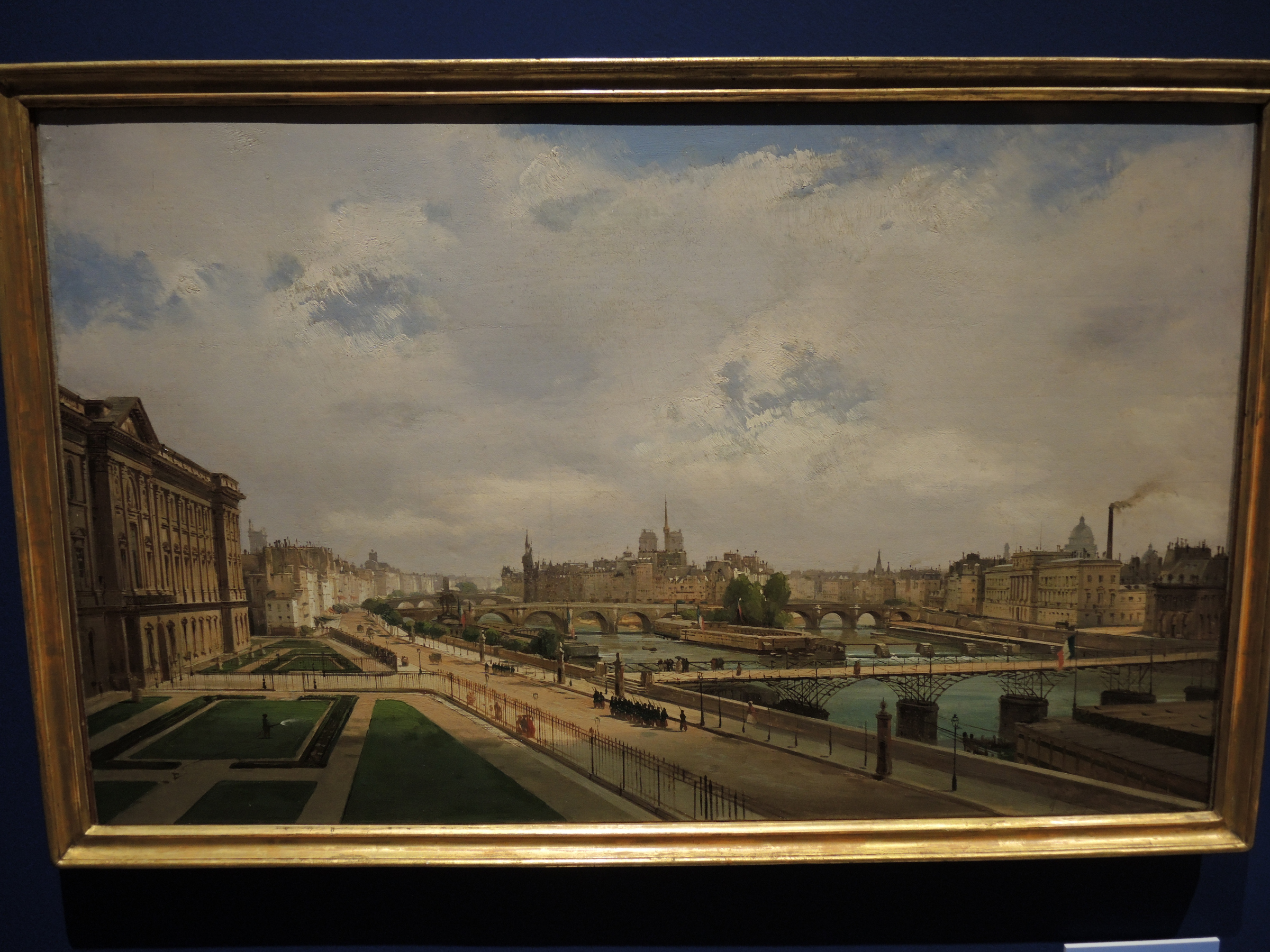 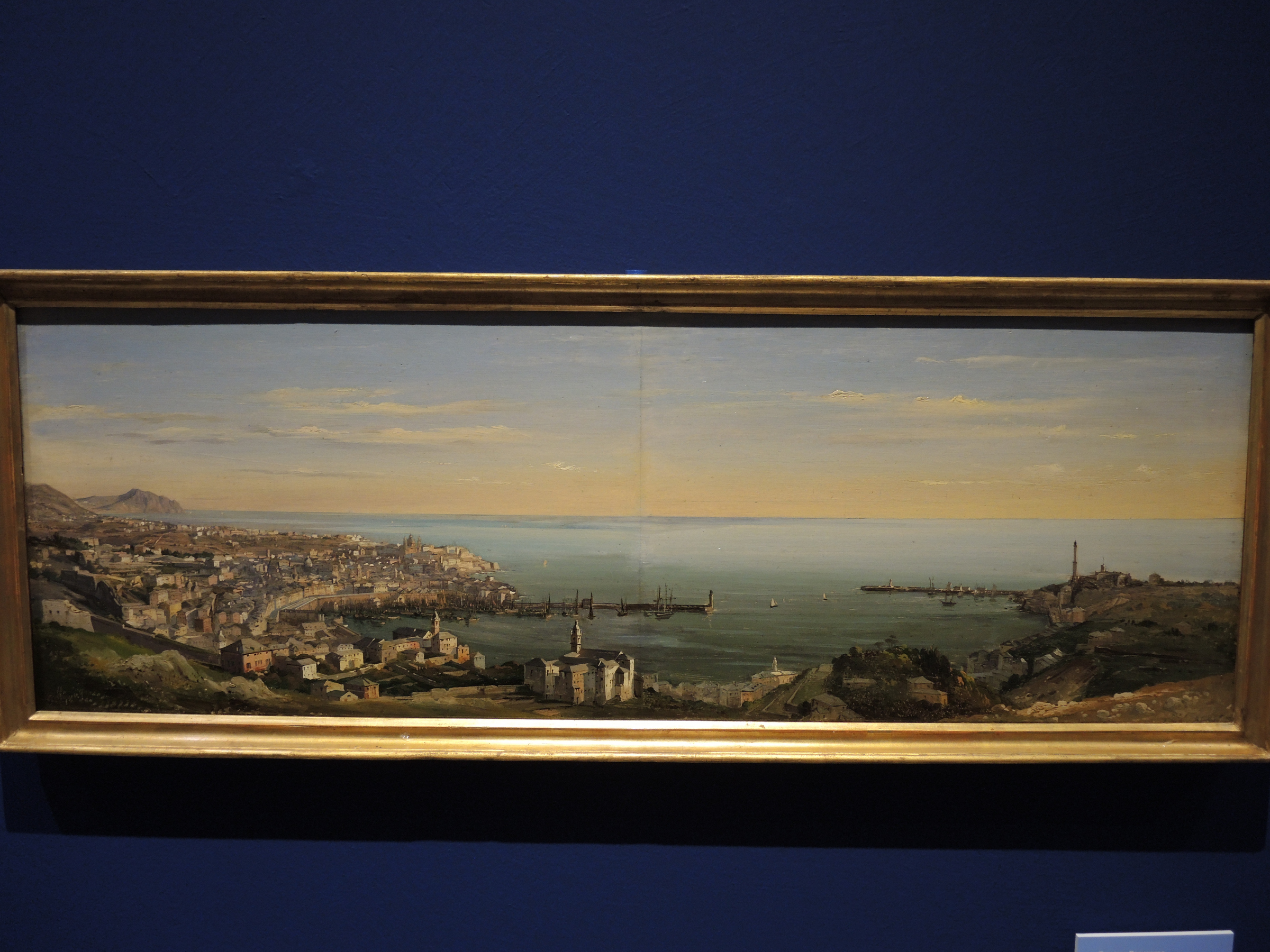 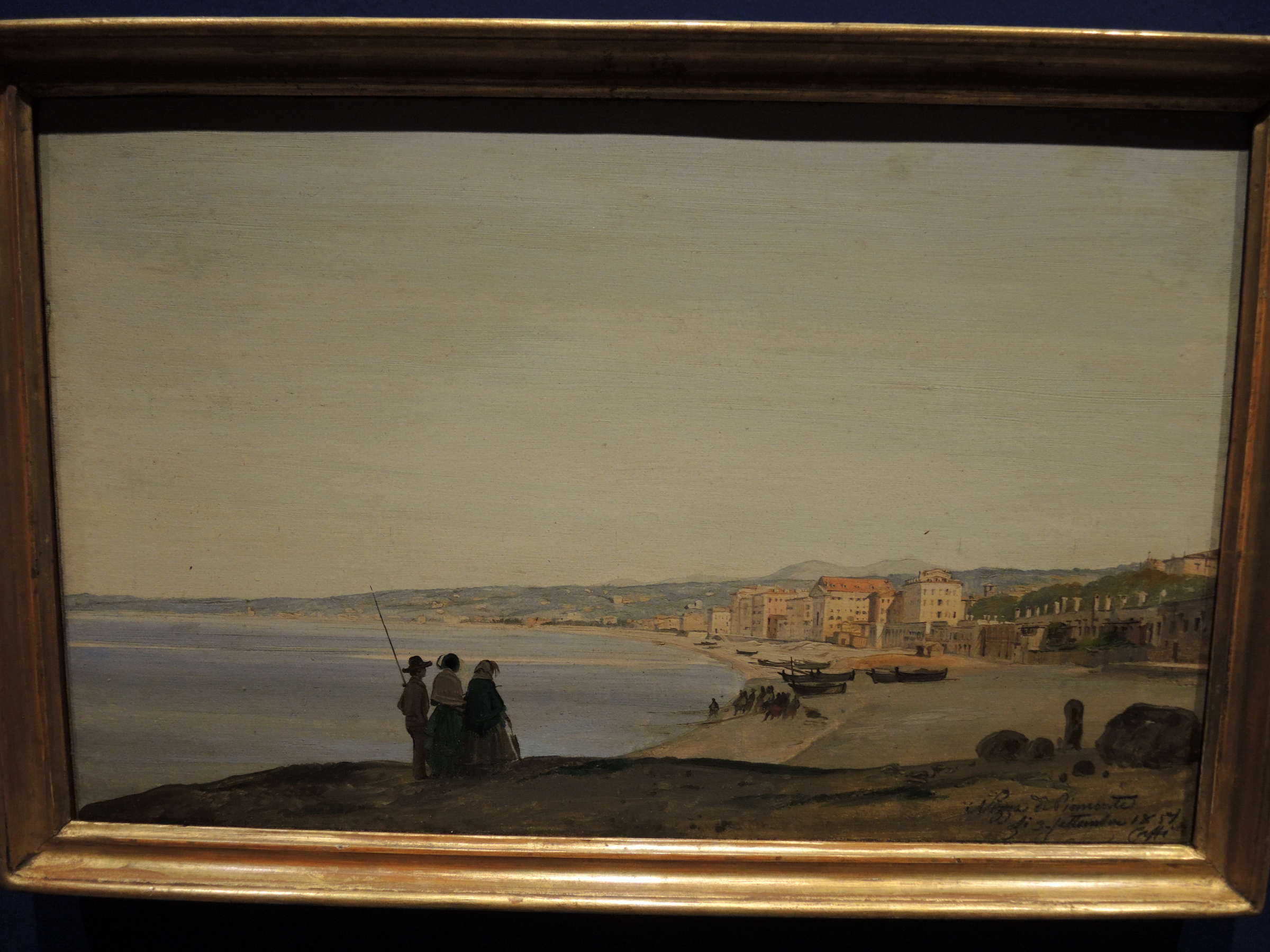 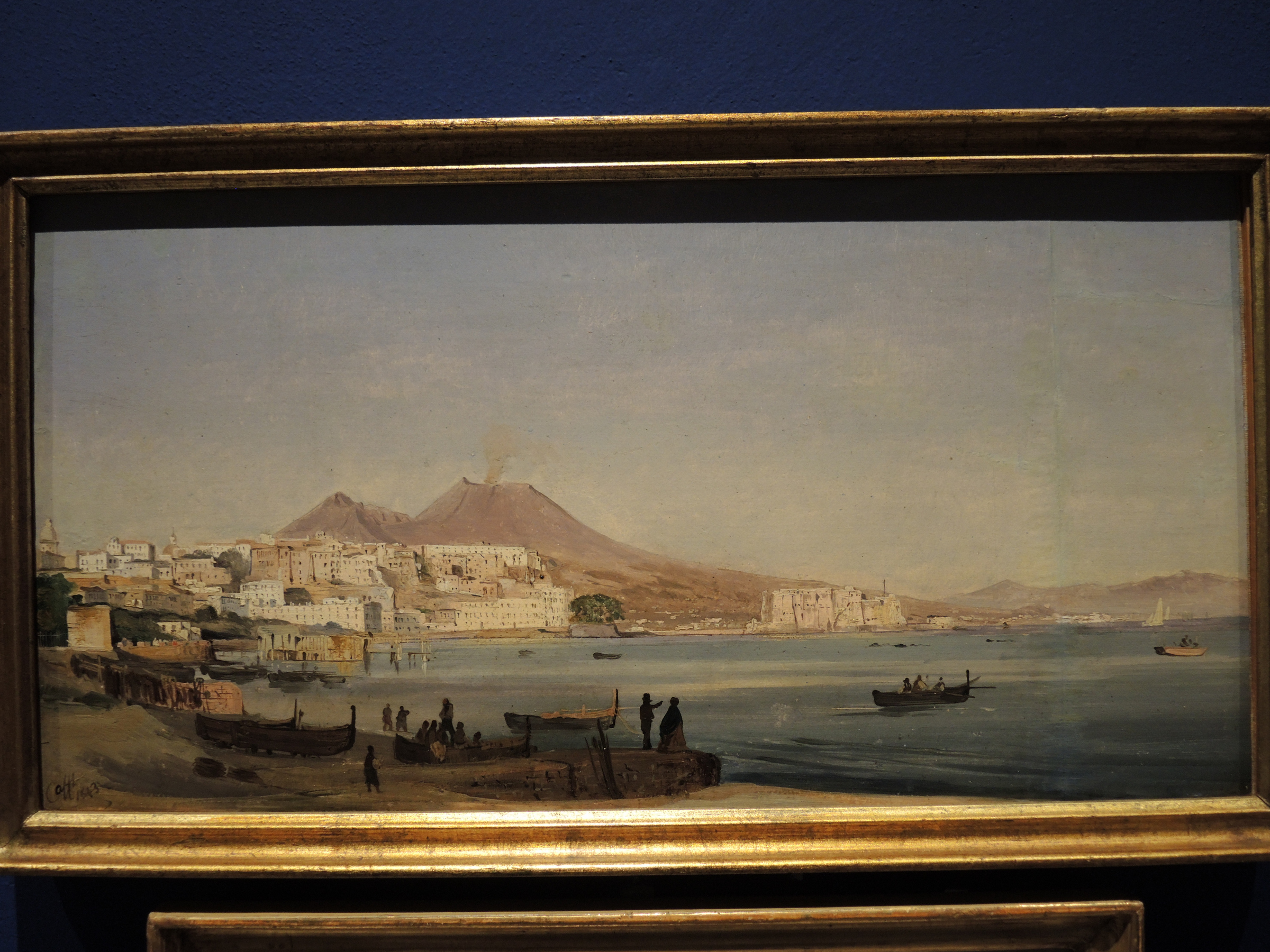 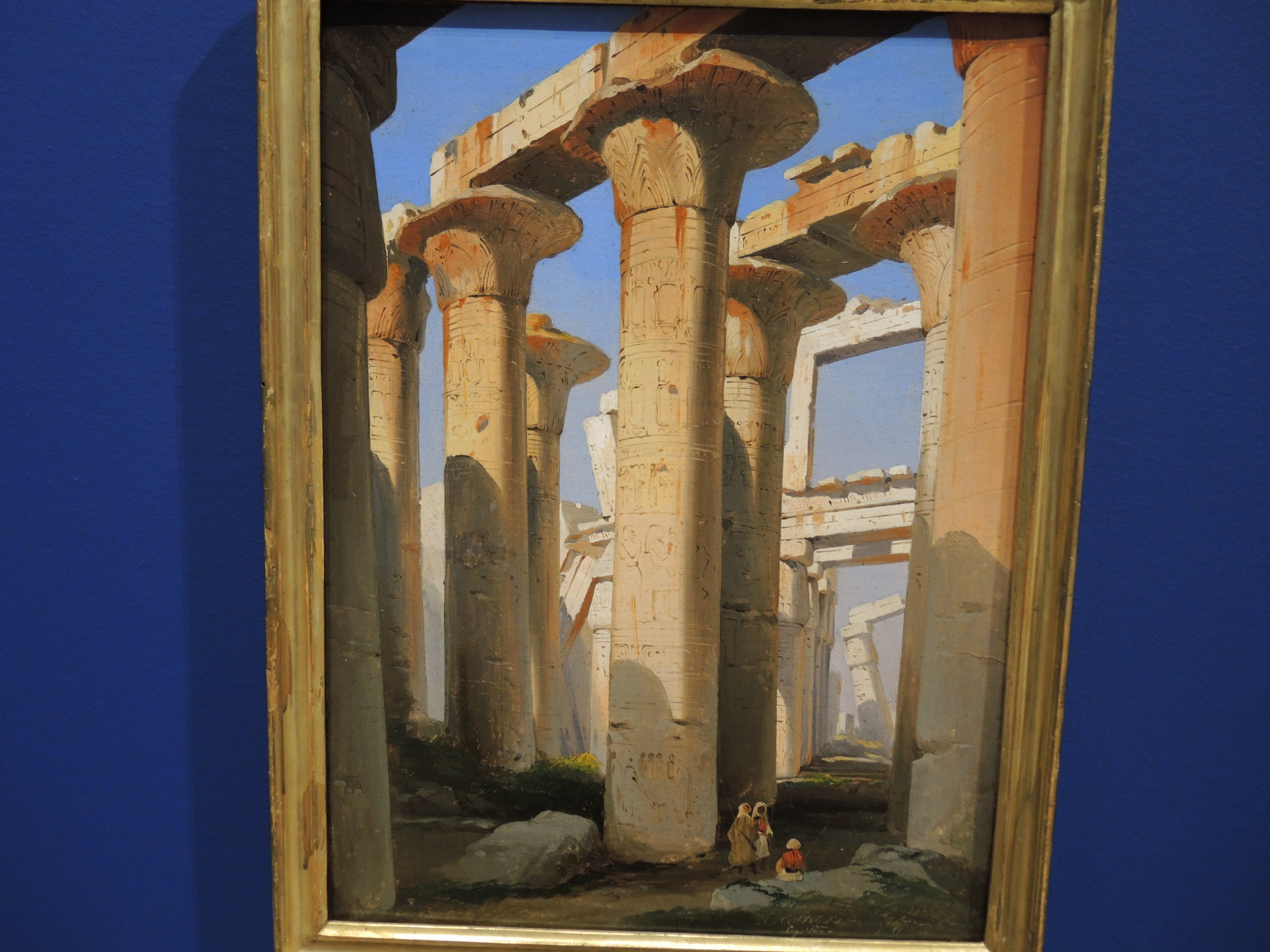 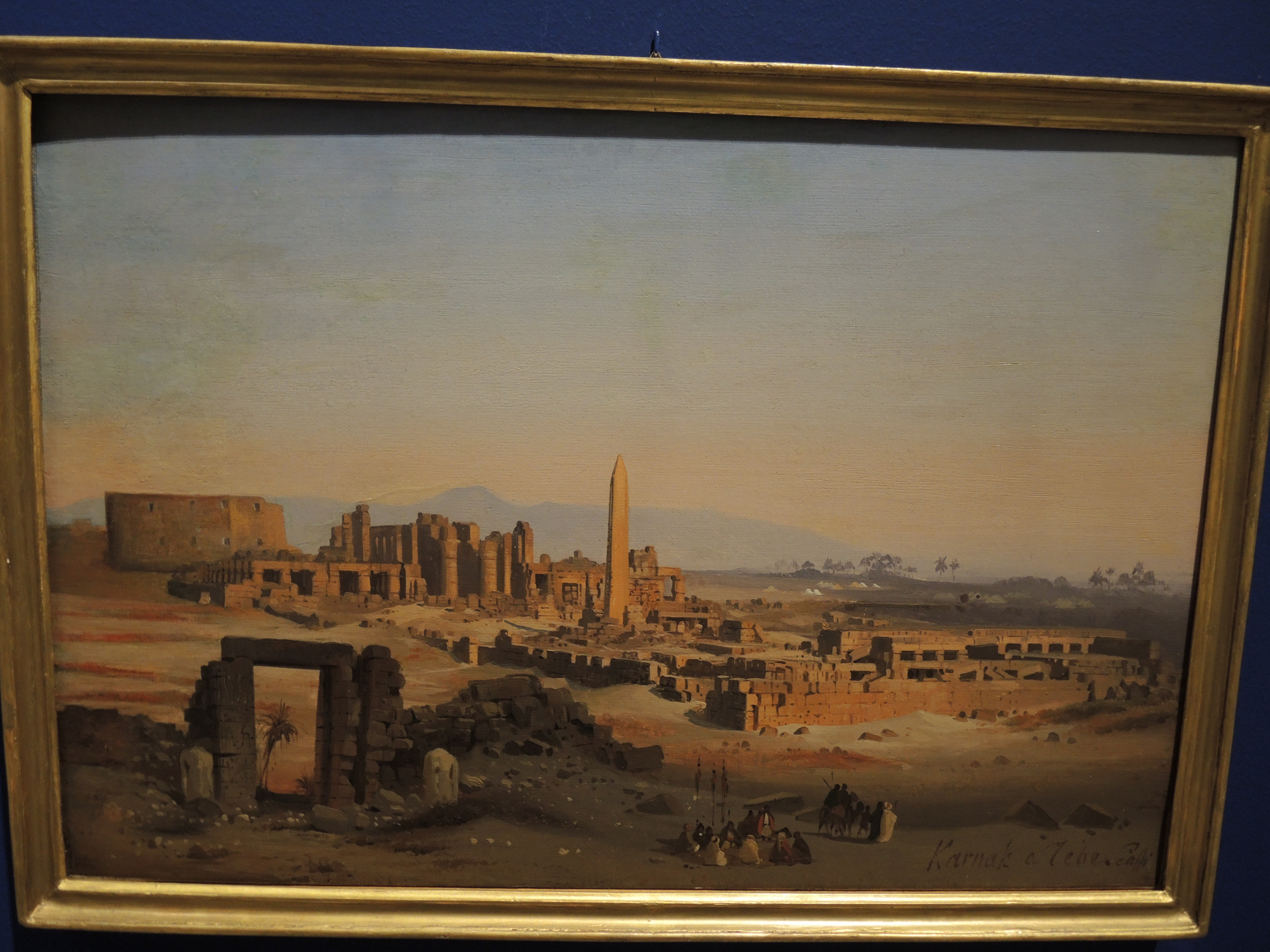 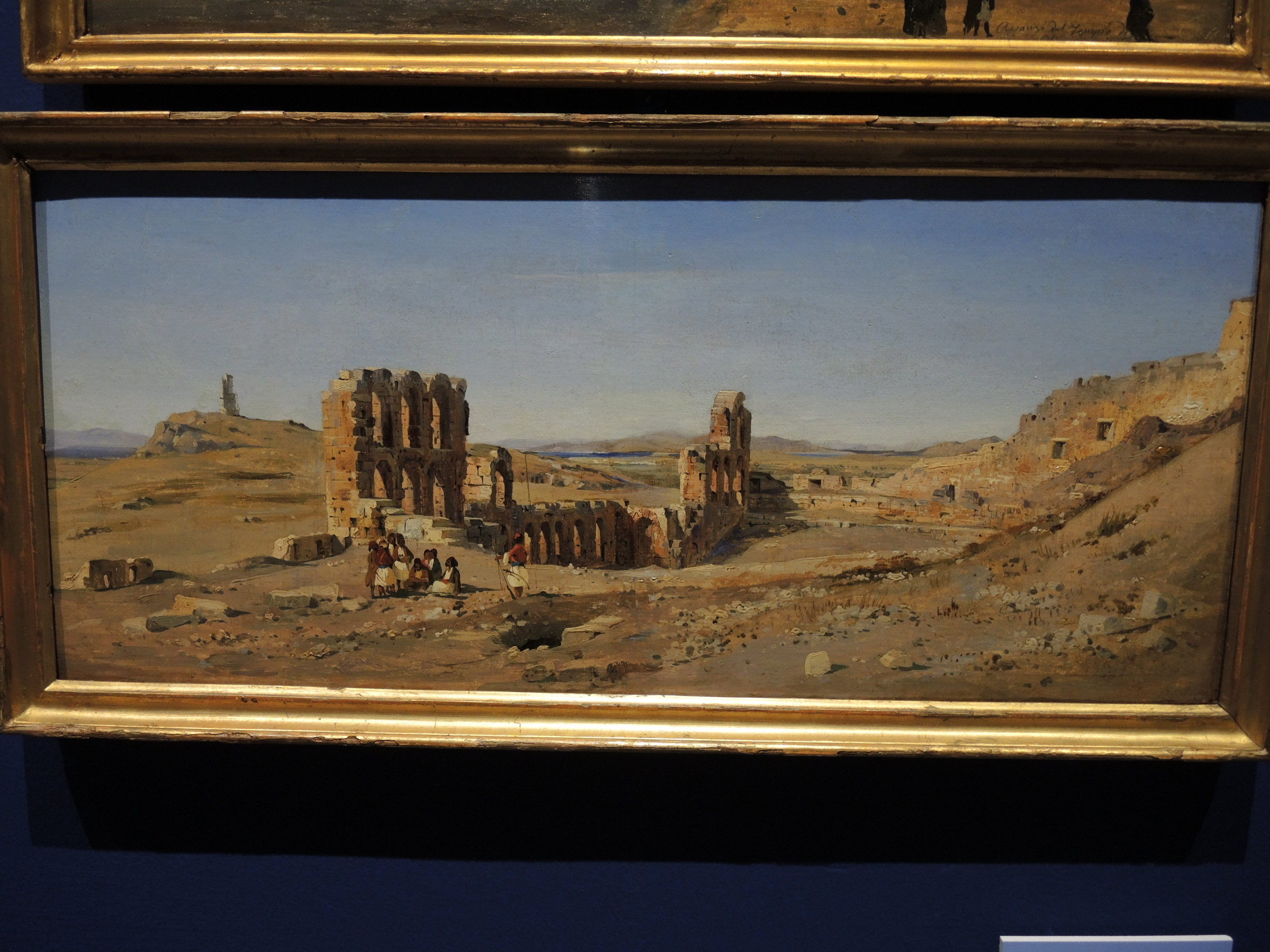 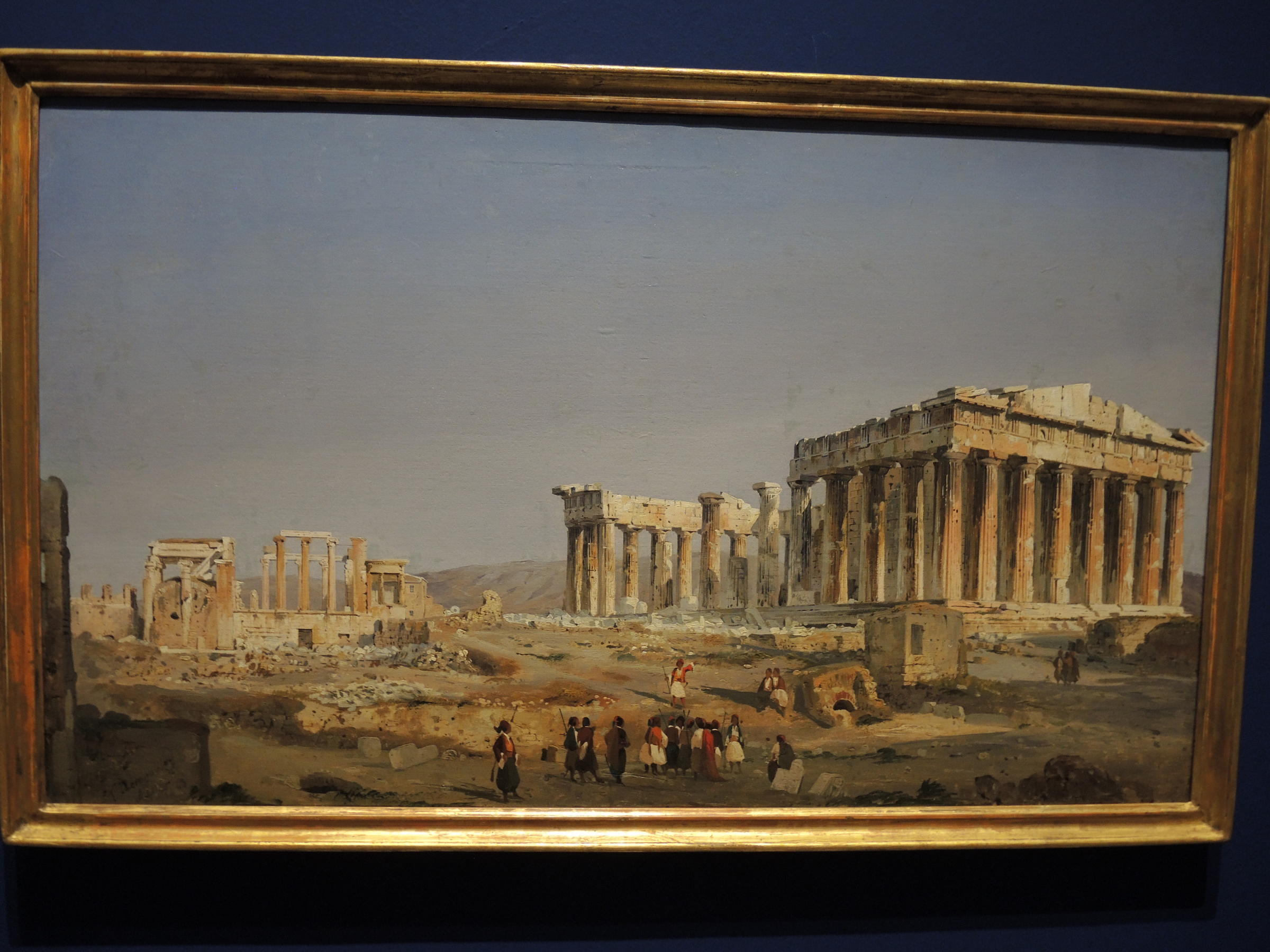 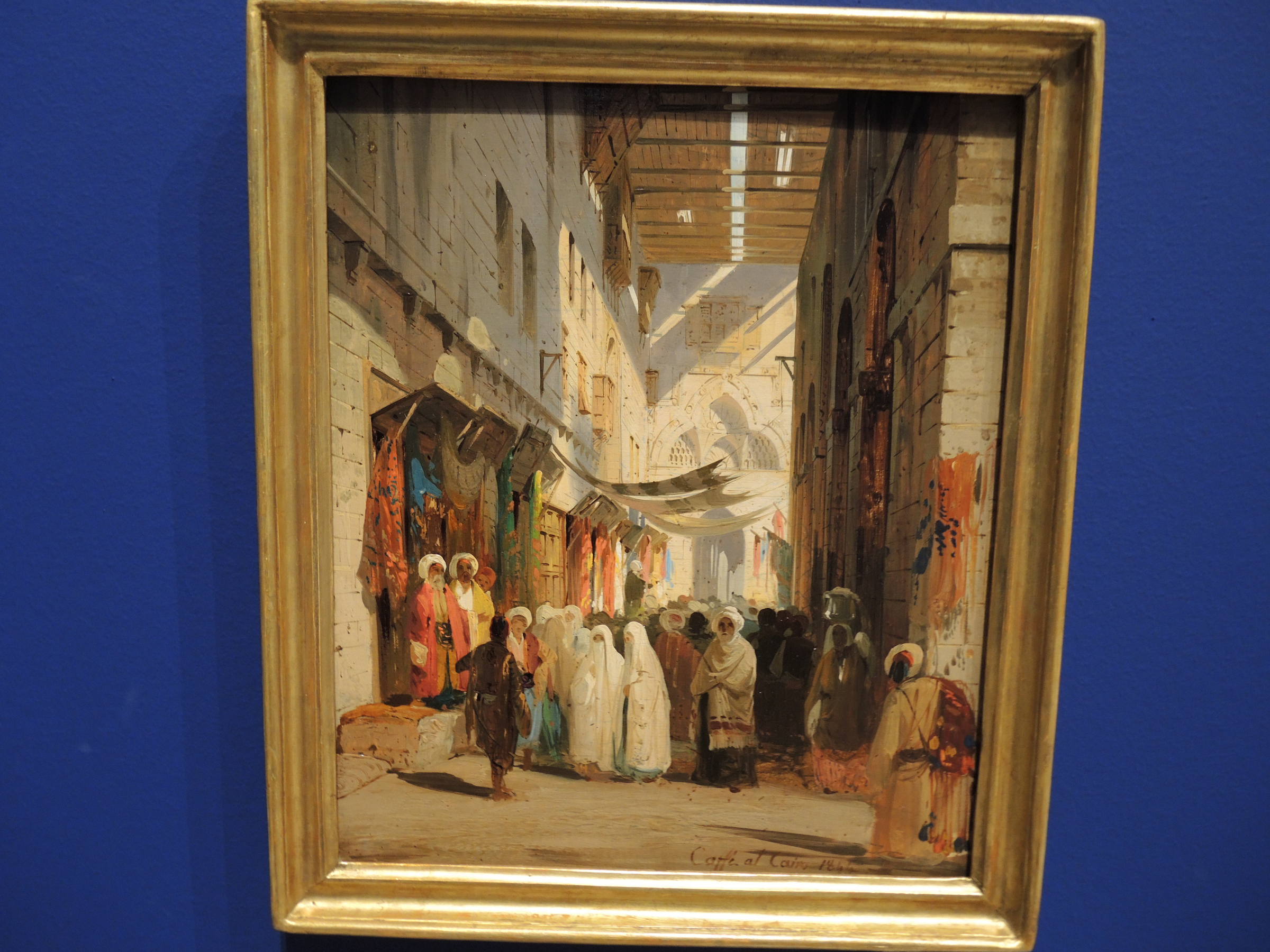 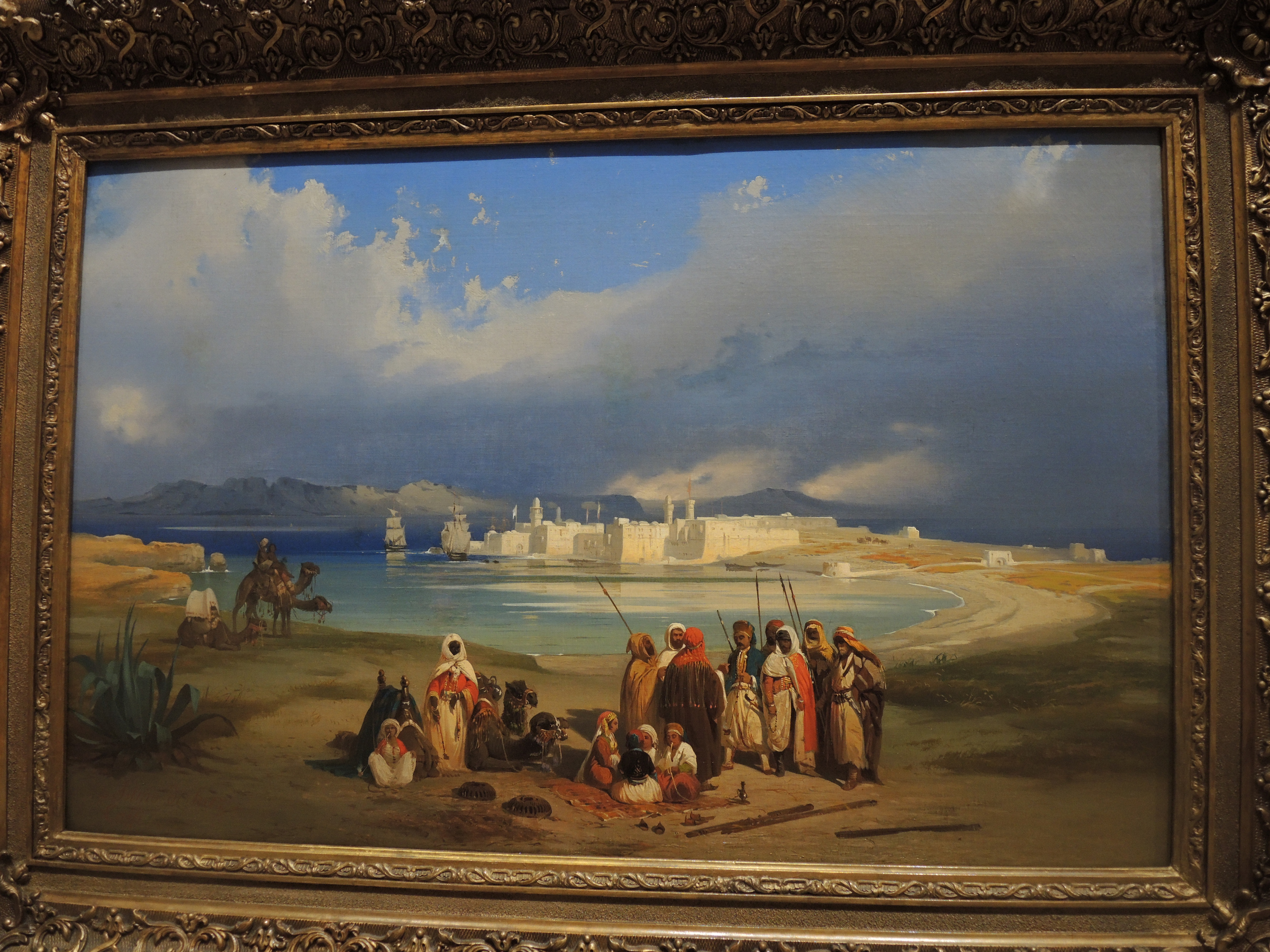 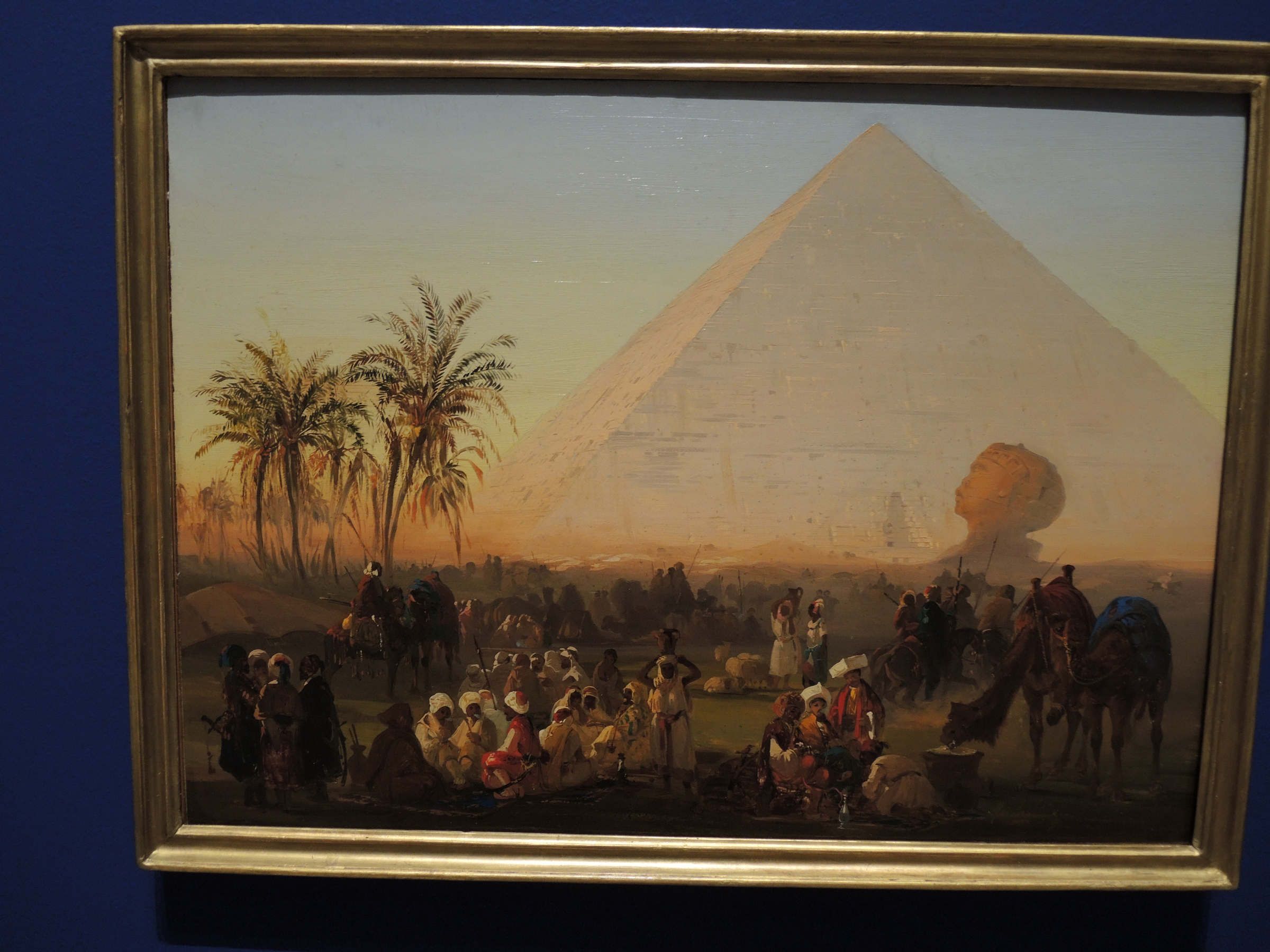 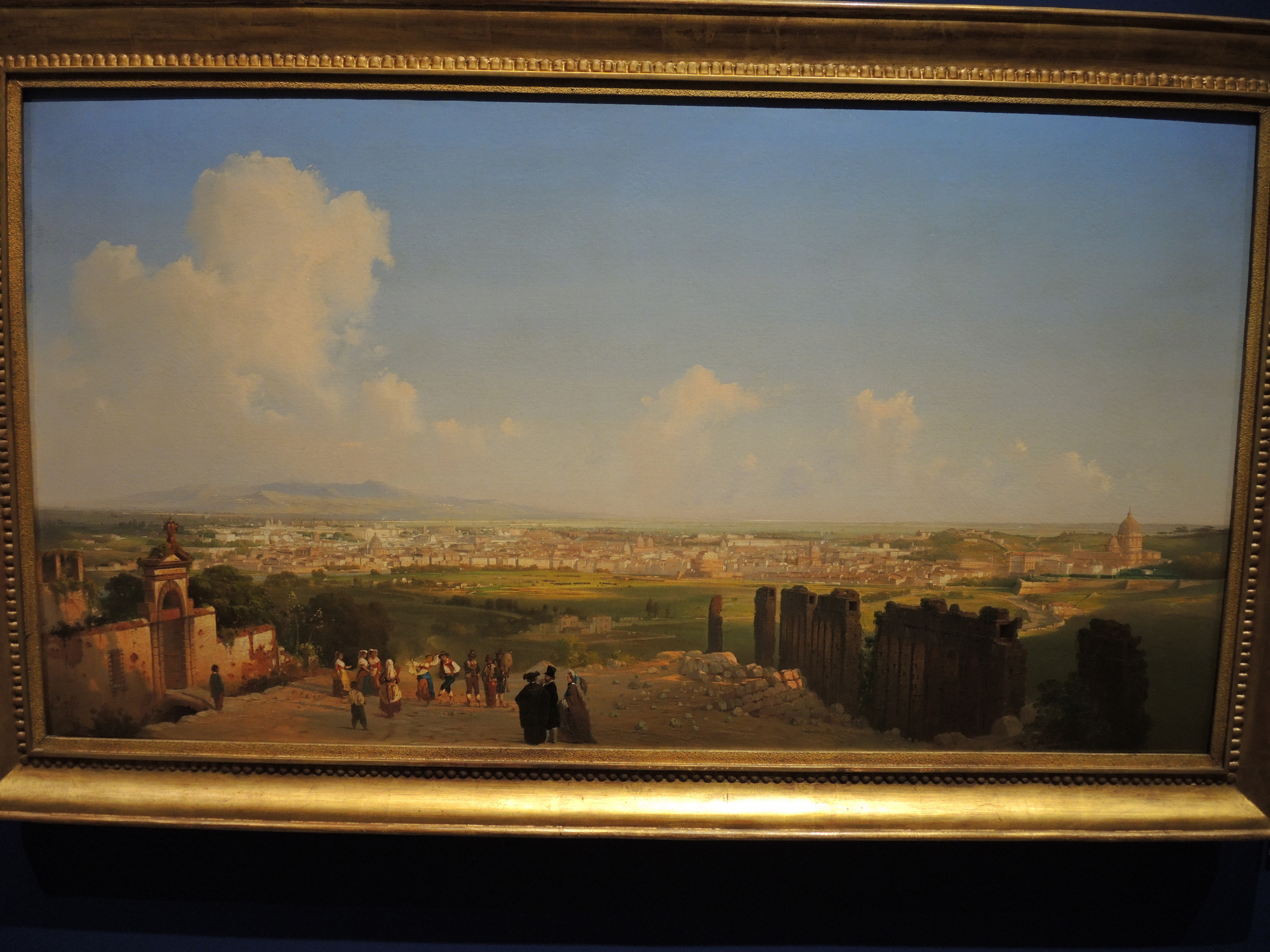 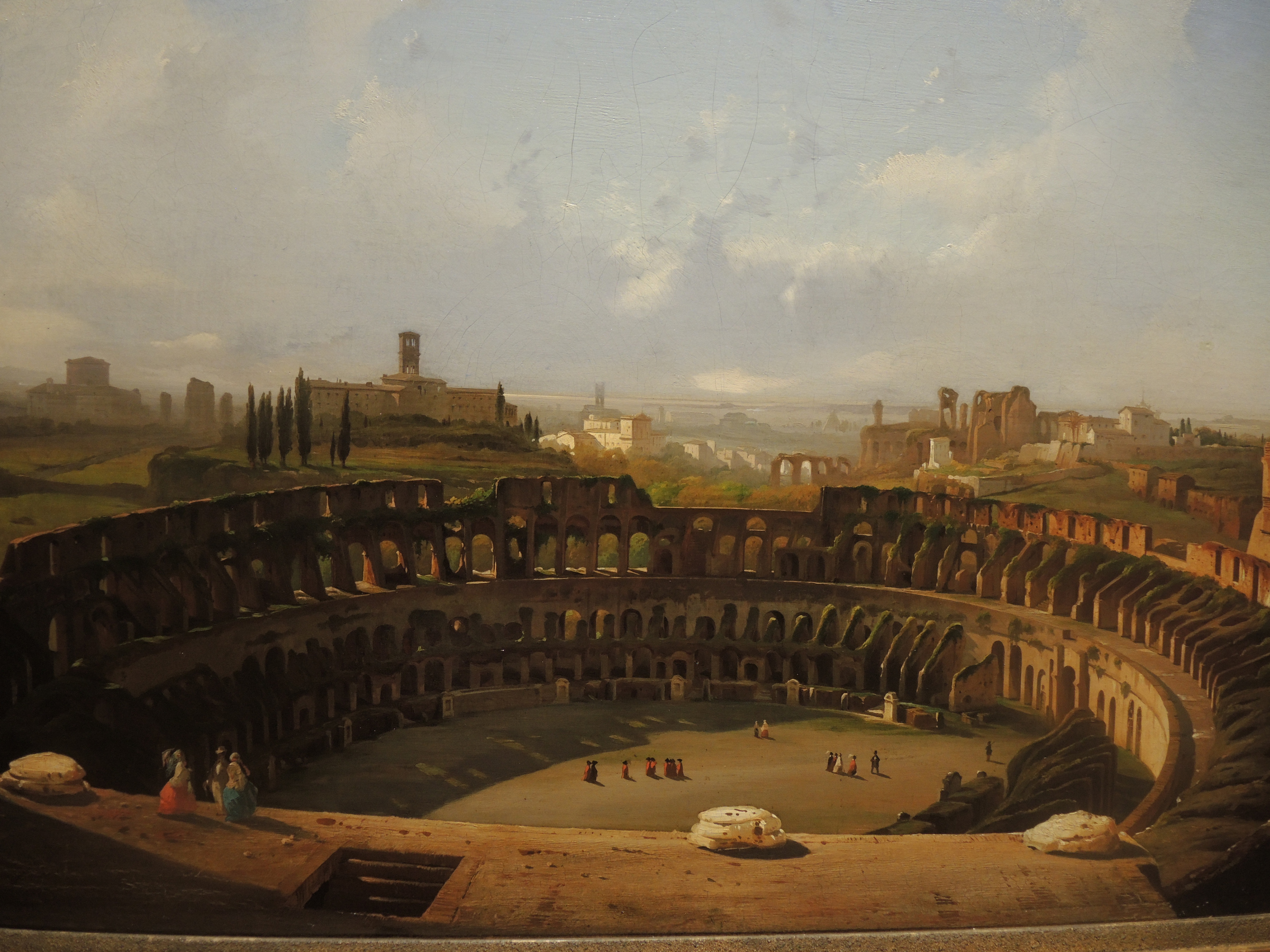 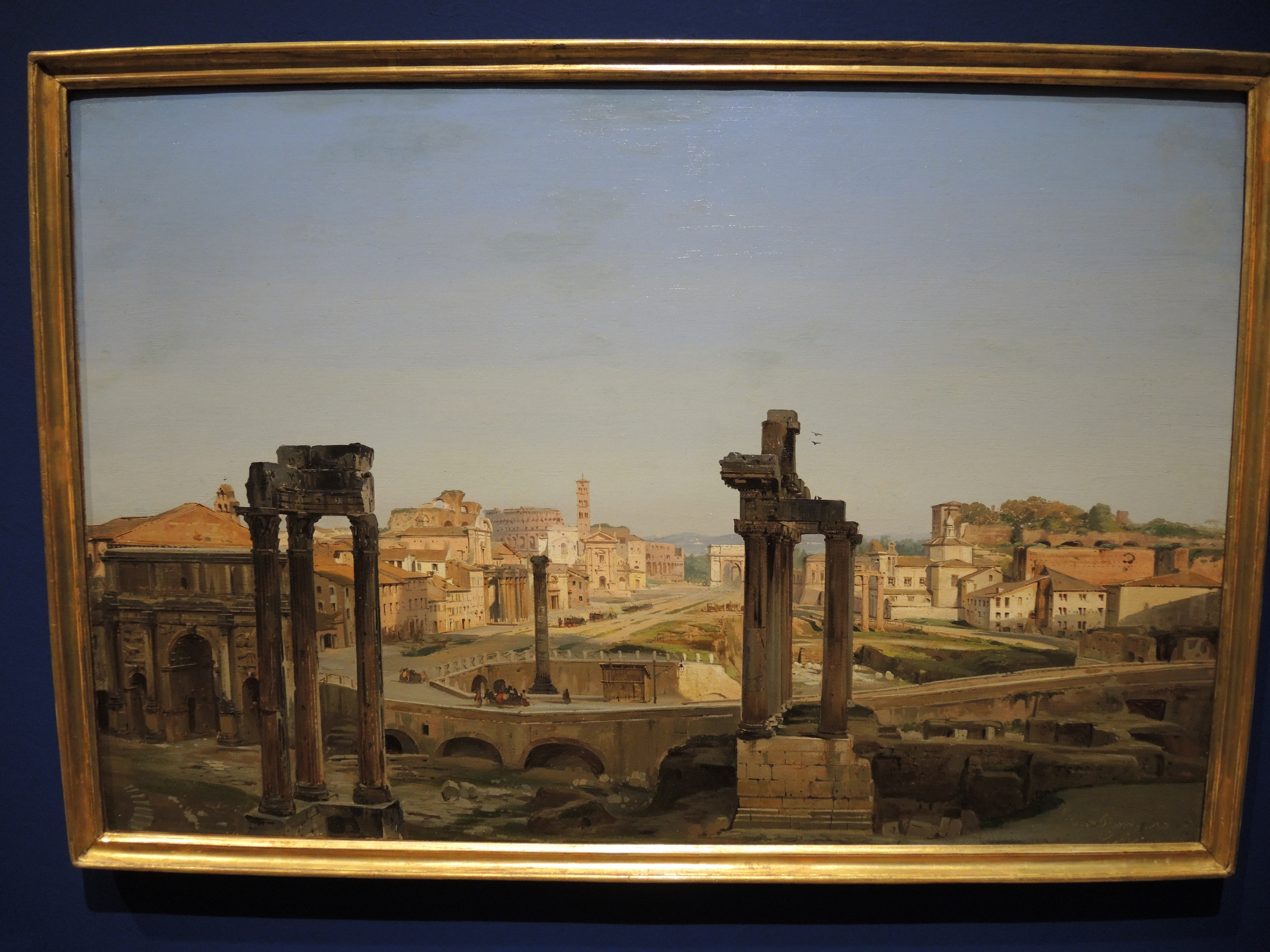 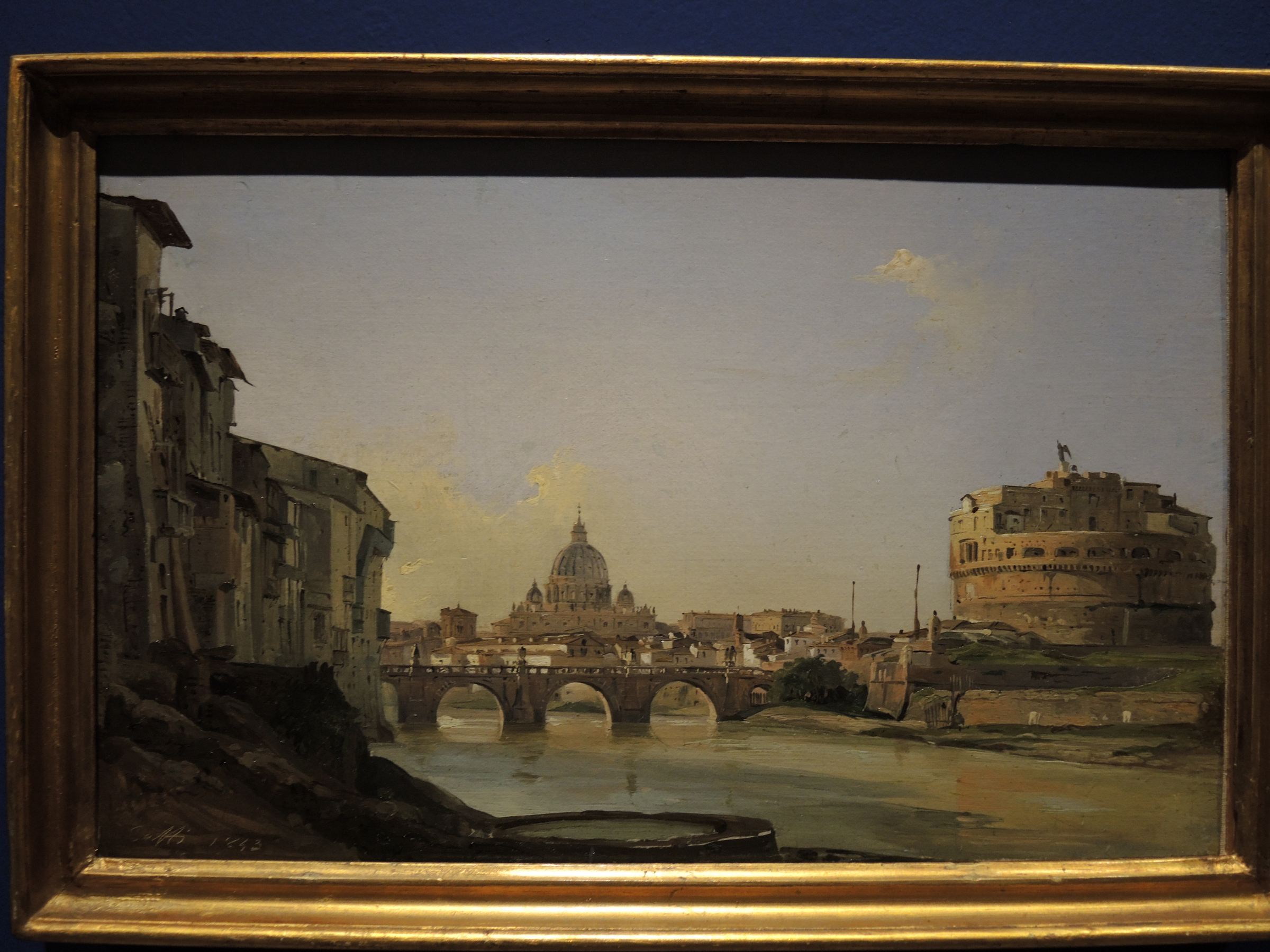 Rome, view of castel Sant’Angelo and St. Peter’s dome from the Tiber – 1843 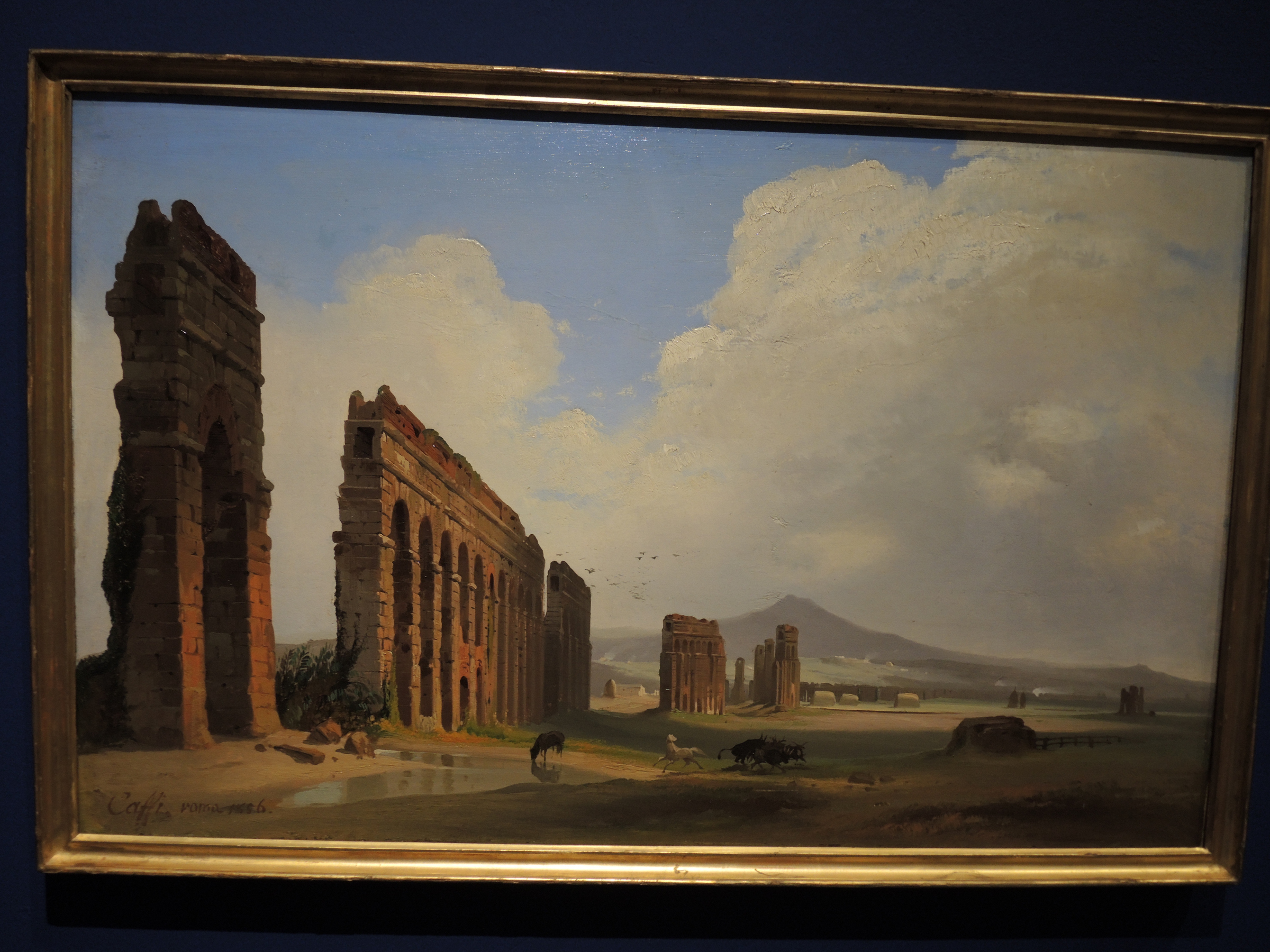 Roman countryside, ruins of an acqueduct – 1855 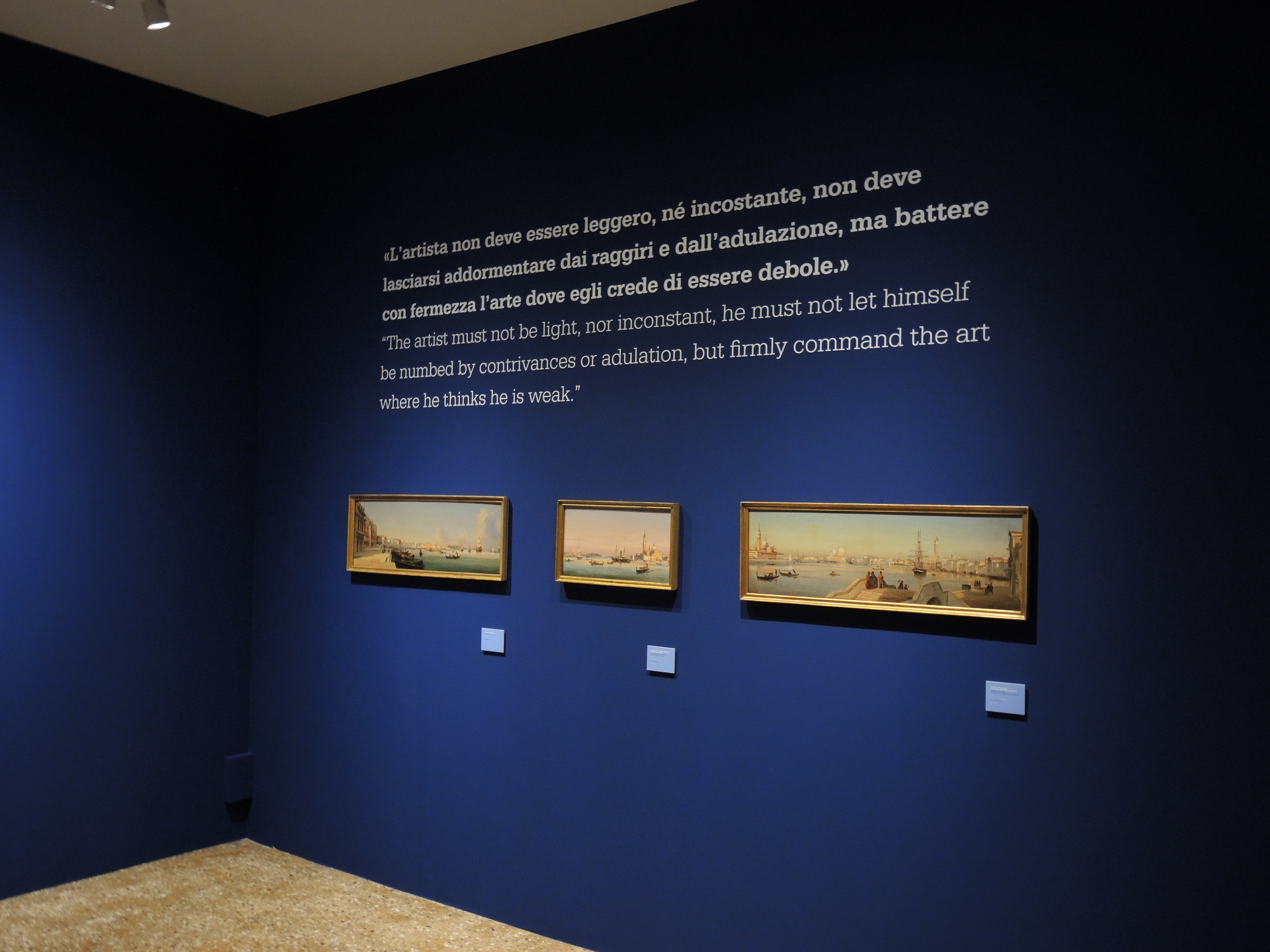