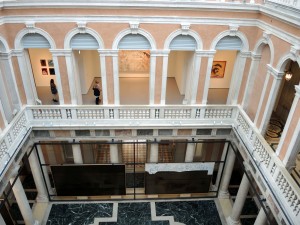 Some 90 works from the Pinault’s and other private and public collections will be shown narrating the entire career of the artist from the 60s until the 2000s making this exhibit thus the most important tribute ever made to Polke. Therefore this is a ‘must see’ contemporary art exhibit in Venice in 2016.

The exposition is a visual adventure, a journey into the artist’s professional life summing up forty years of Polke’s art from his early refined examination of pop in the 60s to the incessant experimentation that caracterized all of his career crossing over many styles until his death.

Sigmar Polke was one of the most experimental and eclectic artists of the post-war generation.
During his career he worked with a large variety of tecniques and materials including lapislazzuli, resin, wood venieer, acrilic, artificial resin, laquer, silver leaves, graphite, silver oxides and more.
He also used many mediums to express his art including cinematography to which a space is dedicated in the nearby Teatrino.

To underline the artist’s manifold style and the unprecendeted large number of materials he used Polke has been defined as a ‘polyhedral alchemist’ of visual arts.
Polke never left any writing that could explain or categorize his art. In his canvasses high and low culture, figuration and abstraction, painting and photography all coexist breaking the boundaries of a defined genre or style. The curator of the exhibit Mr Guy Tosatto and an expert about Polke’s work says. ‘Postmodernity wasn’t theorized until the 80s although Polke already had become postmodern two decades before’.

His daughter Anna, who is about to complete the full catalogue of her father’s work, says: ’What is really surprising is the amount of new ideas circulating into his art. Each time he was in front of the canvas my father tried to achieve something totally new. If two persons observe the same work most probably they will see very different things’

The exposition is a time travel into the artist’s work starting from the end in the ground floor to the beginning in the last floor and this choice to narrate his work backward in time increases the degree of attention and amazement into the visitor.

Contact us for private tours of the exhibit  info@yourtoursinvenice.com

Excerpts of the exhibition

‘Axial Age’ (2005-2007) is the first work visitors will see entering the ground floor hall in Palazzo Grassi is the last in the artist life called ‘Axial Age’ (2005-2007) a grand work made of seven large paintings which were exposed at first at the 2007 Biennale and already exhibited in 2009 and 2011 at the Pinault venue of Punta della Dogana. 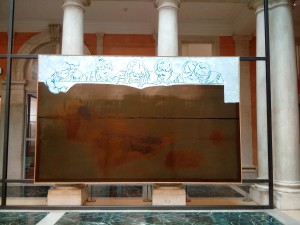 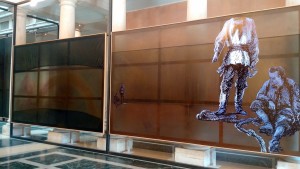 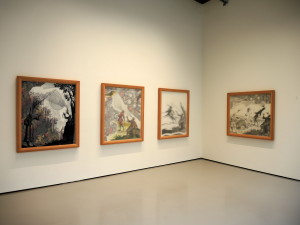 ‘Zirkusfiguren’ (2005), a Circus show through the disjunction of the image magnificatying the film fabric. Acrylic, artifical resin and clay on fabric. 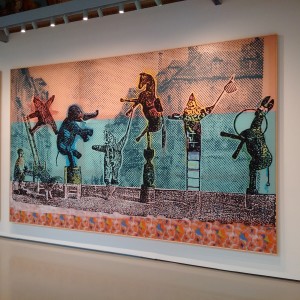 ‘Hermes Trismegistos’ (1995) a powerfull evocation of the leading figure of Hermeticism where Polke combines the alchemical use of material with painted projections of alchemical engravings by Michael Maier and does something similar with the floor mosaic showing Hermes Trismegistus in the Cathedral in Siena. Artifical resin and laquer on polyester fabric. 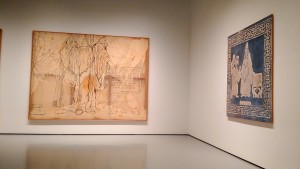 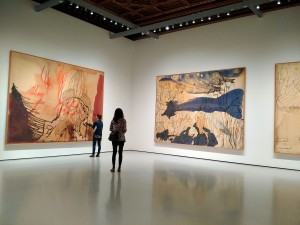 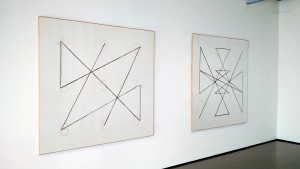 ‘Magic Lantern, a dog’s tale’ (1988 – 1992), an updated version of the images for the old lantern, several panels made of artifical resin on polyester fabric painted on the two sides 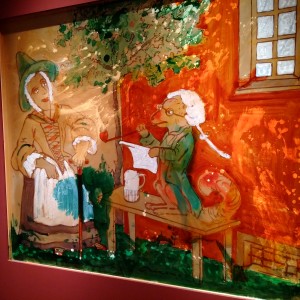 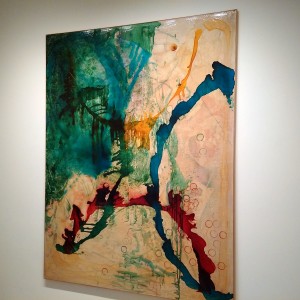 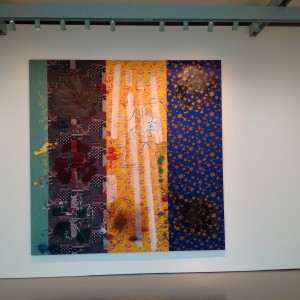 ‘Skizzenbuch’ 1 (1982), one of his sketchbooks just ink on paper, an immediate approach to Polke’s creativity. 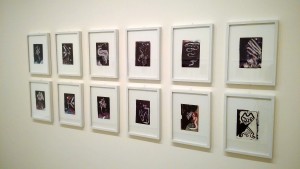 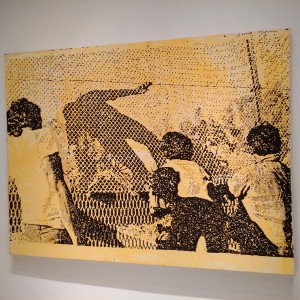 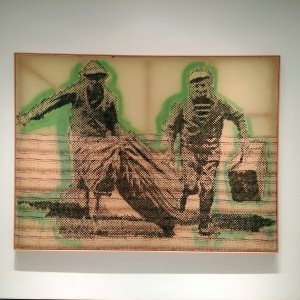 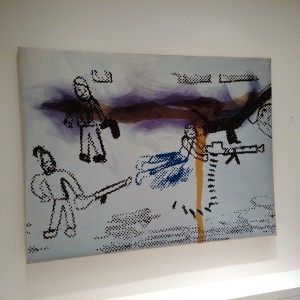 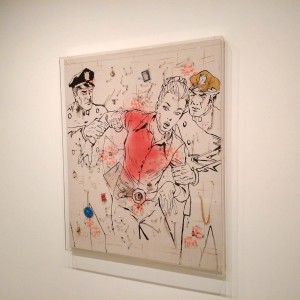 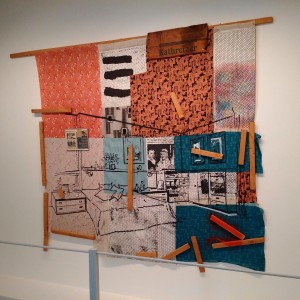 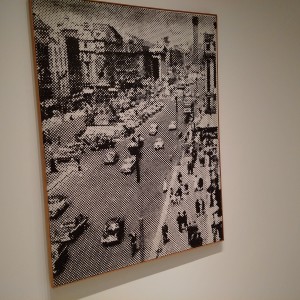 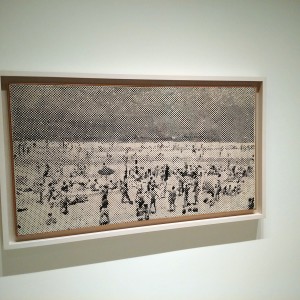 ‘Boy with a toothbrush’ (1964) Dispersion, gouache on canvas 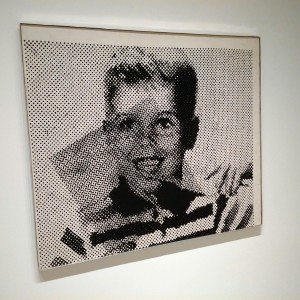 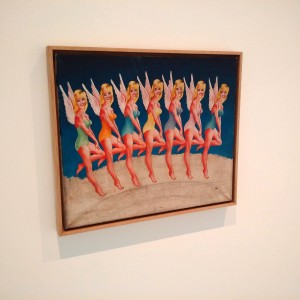